.
Overall Satisfactionc23
Video quality is excellent and the video loads very quickly.
The option to change the quality of the video is amazing and I love it.
Need iPhone 5 support and iPad version.
Thanks google for bringing this app to the AppStore.
links in the descriptions and you need to be able to play playlists.
I love the app it's great a lot better than the old one.
1 but I like this app better than the old one.
Reliabilityc13
causing you to have to re -enter the video.
I'd go and watch a vid.
This version has So many bugs and glitches.
Ads not Intrusivec10
Security & Privacyc16
I am also signed in to my account.
Go to my account Doubles14 D.
I would recommend creating a YouTube account as I have done.
The thing says that you need a youtube account To comment.
Updates & Supportc19
Can we have the option to comment on other peoples comments.
Until that happens I'm just going to use safari version.
I think its easier to use than the previous Apple version.
Batteryc46
or lock screen ability to save battery life.
Cool update been wanting the play all feature for a while. found in 24 reviews
My screen still gets blurry sometimes and buffers a bit. found in 174 reviews
When I try to sign in it says servers are temporarily unavailable. found in 319 reviews
Been getting " Error Loading Tap to Retry " message like others said. found in 1643 reviews
Video quality is good but IT KEEPS CRASHING. found in 1552 reviews
I can't like or add videos to my favorites or playlists. found in 264 reviews
Says error loading tap to retry but still doesnt work. found in 1572 reviews
Cant watch videos keeps saying "not avaliable on this platform" FIX IT. found in 210 reviews
Only plays audio. found in 495 reviews
Been getting "Error Loading Tap to Retry " message like others said. found in 1643 reviews
The videos look great but it won't let me add to favorites. found in 276 reviews
Every time I try to watch a video it says playback error arrrggghhh. found in 4333 reviews
Ok app but needs iphone 5 support like all the other google apps. found in 360 reviews
The videos take forever to load but it shows great pictures. found in 313 reviews
Doesn't play videos on AirPlay
Also sometimes it takes forever to load a video even with a great wifi connection. found in 268 reviews
It's great but mine crashes after every single video I try to watch. found in 4348 reviews
Playback errors happen for no reason sometimes. found in 2450 reviews
needs an update for iPhone 5 /new iPod and some other bug fixes. found in 356 reviews
It keeps crashing whenever I'm trying to watch a video when in. found in 4333 reviews
I have trouble loading videos every single video. found in 160 reviews
The video freezes and the sound keeps playing. found in 106 reviews
Every time I play a video it's really blurry and delayed. found in 508 reviews
Almost every video I try to watch is unavailable on this platform. found in 4348 reviews
Video quality is STILL poor even after update. found in 1552 reviews
Every time I want to watch a video it always buffers please fix these problems. found in 4333 reviews
Everytime I try to watch a video it crashes can you fix it soon. found in 4333 reviews
And I've heard that u can't upload videos. found in 519 reviews
While I'm trying to watch a video it constantly buffers and becomes pixilated. found in 4333 reviews
Pause button in middle of screen is annoying. found in 609 reviews
Says tap to retry and it still doesn't work. found in 1572 reviews
Can't even play videos without the app crashing. found in 495 reviews
You can't even watch a video without it stopping please fix. found in 647 reviews
Needs background compatibility and the ability to reply to comments. found in 1040 reviews
Every time I try to play a video it says playback error. found in 1715 reviews
Whenever I try to play a video it says " general error". found in 1715 reviews
Playback errors are also more and more frequent. found in 2450 reviews
Can't check my mail and i can't reply to comments. found in 810 reviews
" Error tap screen to retry" PLEASE FIX THIS. found in 532 reviews
If you are iPhone and iPad owner,you now can download YouTube for free from Apple Store. The application is available in multiple languages: English, Afrikaans, Amharic, Arabic, Basque, Bengali, Bokmål, Norwegian, Bulgarian, Catalan, Chinese, Croatian, Czech, Danish, Dutch, Estonian, Finnish, French, Galician, German, Greek, Gujarati, Hebrew, Hindi, Hungarian, Icelandic, Indonesian, Italian, Japanese, Kannada, Korean, Latvian, Lingala, Lithuanian, Malay, Malayalam, Marathi, Moldavian, Norwegian, Persian, Polish, Portuguese, Romanian, Russian, Serbian, Slovak, Slovenian, Spanish, Swahili, Swedish, Tagalog, Tamil, Telugu, Thai, Turkish, Ukrainian, Urdu, Vietnamese, Zulu. It weighs in at only 7.5 MB to download. It is highly advisable to have the latest app version installed so that you don`t miss out on the fresh new features and improvements. The current app version 1.0.1.3063 has been released on 2014-11-30. For ensuring consistency with the device you should take into account the following app compatibility information: Compatible with iPhone 3GS, iPhone 4, iPhone 4S, iPod touch (3rd generation), iPod touch (4th generation) and iPad. Requires iOS 4.3 or later.
More Info: Find more info about YouTube in Google, Inc.`s Official Website : https://productforums.google.com/forum/#!categories/youtube/mobile-and-devices 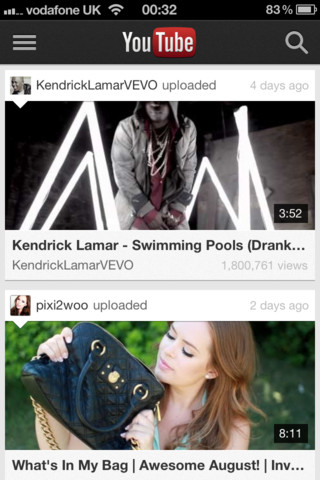 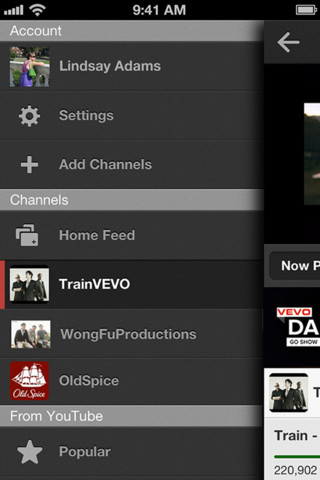 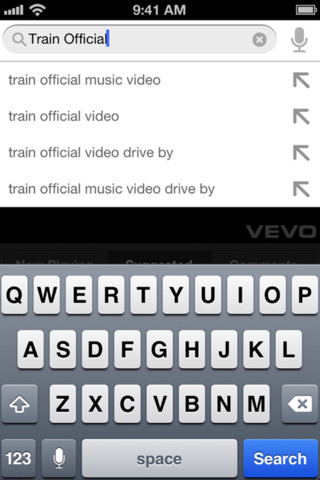 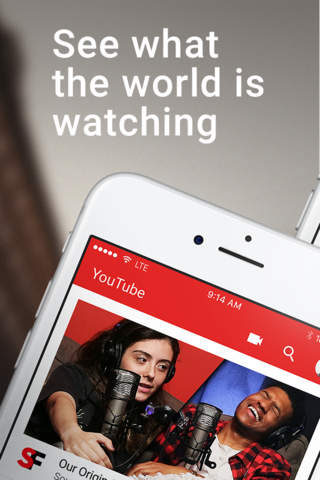 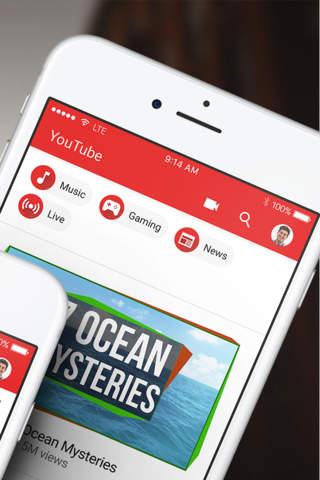 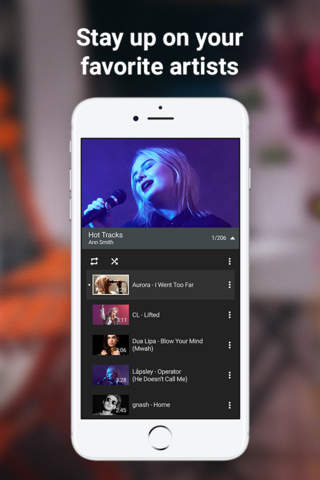 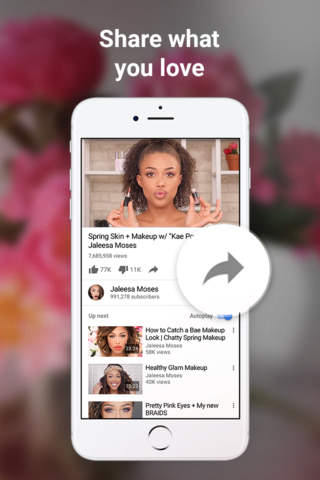 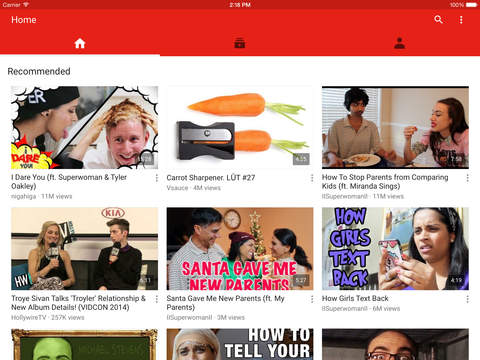 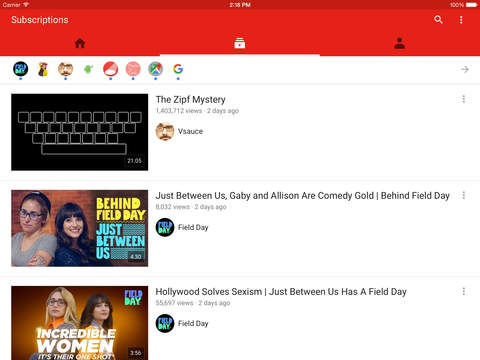 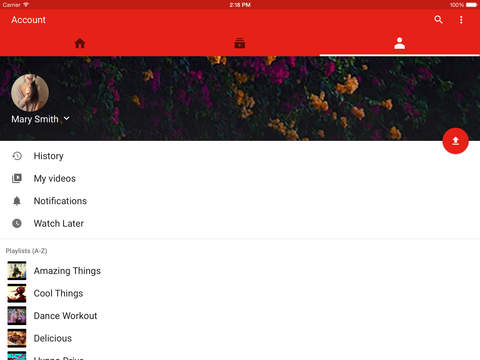 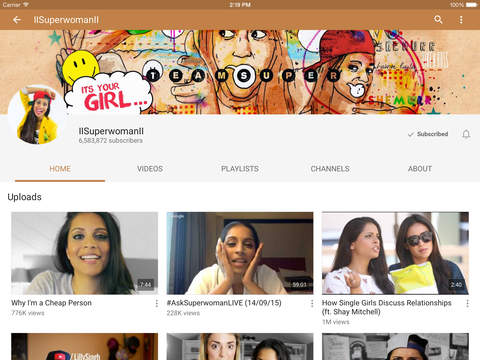