.
Overall Satisfactionc90
It's the best sports app out there that covers all sports.
very disappointing since was the best sports app out there.
It is much better than ESPN app which is slow and bloated with ads.
Has more sports and displays tables and standings much better than ESPN ScoreCenter.
It's one of the best sports apps out there and besides it's FREE.
Just add college baseball and it will be complete.
I cannot believe this App does not hsve college baseball.
I can keep up with my favorite teams news and scores wherever I go.
Need NCAA baseball scoreboard and more current NASCAR coverage.
If you like NCAA baseball don't waist your time downloading.
Thanks yahoo for making it easier Suggestion.
Thanks Yahoo for ruining a perfectly good app.
Fun & Engagingc92
Awesome sports app helps me keep in touch with my favorite teams.
An awesome sports app that every sports fan should not be without.
2012: Was my #1 sports ap but lousy now.
Great app use it all the time for my fantasy sport.
Usefulnessc87
Everything you need in a sports app and a very easy to use.
It provides the most up to date information and has great performance.
I just love it helps me keep up with my favorite teams.
has all up to date news articles on the latest for every sport.
This is the greatest sports app there is It covers everything.
I couldn't imagine a more useful sports app.
Production Valuesc100
The easy interface allows fast switching between teams and sports.
Very easy interface and great content.
Ease of Usec92
Great customization for alerts and quick access to scores I want.
Uninstalling and going back to score center if not fixed soon.
Good notifications Accurate updates Accurate spreads Easy navigation.
The easy interface allows fast switching between teams and sports.
Great clean easy accurate.
Scores and stats seem pretty well organized and easy to check.
Clean layout easy to use - better than espn.
Reliabilityc92
Ads not Intrusivec49
Now stop asking me to rate you.
Security & Privacyc47
signed in with my yahoo account and brackets were immediately available.
but I may just make a new yahoo account.
Updates & Supportc53
I think this app is much better than the ESPN version.
This is way better than even the prior ESPN version.
Glad I have pre- Yahoo version.
but that and the stupid loops are annoying. found in 9 reviews
The new update has no way to check the BCS rankings. found in 16 reviews
this app requires a facebook login to save favotites. found in 9 reviews
Now you can't even load scores during a football game day. found in 24 reviews
Since yahoo took over this thing crashes every 2min. found in 91 reviews
This app has been going downhill with every upgrade they release. found in 9 reviews
Needs tennis and the coachs poll for college basketball. found in 8 reviews
It's kind of annoying to always move to the current week. found in 19 reviews
Needs NCAA baseball and it's about 5 min behind real time. found in 101 reviews
I would like to see men's NCAA hockey scores added. found in 32 reviews
Why have MLS but not include women's world cup soccer. found in 14 reviews
Was great til Yahoo ruined it and made it slow. found in 40 reviews
Pretty good app but slow and alerts don't work. found in 43 reviews
Needs college baseball scores and rankings. found in 282 reviews
Needs mma and boxing results. found in 10 reviews
Needs to have Women's soccer and sometimes closes for no reason. found in 9 reviews
Please add ncaa baseball and other stats to the MLB. found in 108 reviews
Would have rated 5 star if college baseball scores were available. found in 289 reviews
Good but wish they would bring back the chat option. found in 11 reviews
needs soccer push capability to be 5 star. found in 7 reviews
Don't bother setting your favorite team alerts on this app. found in 42 reviews
why no men's NCAA Hockey Also. found in 32 reviews
News stories don't update unless you exit the sport. found in 48 reviews
Sports app needs iphone 6 plus resolution support. found in 26 reviews
App has been total crap since they deleted the chat feature. found in 32 reviews
This current update requires connection to Facebook to save custom settings. found in 31 reviews
No longer allows me to set alerts. found in 38 reviews
Please fix the hockey playoff results and playoff brackets. found in 41 reviews
Can't sign into YAHOO sport app with YAHOO account. found in 40 reviews
Please fix the bracket bug - it's March Madness. found in 70 reviews
But since yahoo took over it's slow buggy and unreliable. found in 91 reviews
App will not load and claims I have no internet connection. found in 31 reviews
App not bad but LPGA & Women's NCAA basketball & no auto racing Really. found in 39 reviews
After ios 7 update app crashes and doesn't load anything. found in 56 reviews
Very slow to refresh at times during peak MBB game times. found in 90 reviews
I paid for Sportacular Pro to get rid of ads. found in 29 reviews
Not to mention that Yahoo ruined this app in all the predictable ways. found in 40 reviews
The Yahoo! Sportacular is now available as a free download on Apple Store for both iPhone and iPad owners.The application is supporting English language. It weighs in at only 14.1 MB to download. It is highly advisable to have the latest app version installed so that you don`t miss out on the fresh new features and improvements. The current app version 2.4 has been released on 2014-11-23. The Apple Store includes a very useful feature that will check if your device and iOS version are both compatible with the app. Most iPhone and iPad are compatible. Here is the app`s compatibility information: Compatible with iPhone, iPod touch, and iPad. Requires iOS 3.0 or later
Bottom Line: For more information about Yahoo! Sportacular check developer Yahoo! Sports`s website : http://www.citizensportsinc.com/productSportacular.html

Fast, personalized and easy access to live scores and information on your favorite teams, players, and leagues. Includes free game alerts, the latest news from Yahoo Sports plus much more. Customize your alerts and get ... 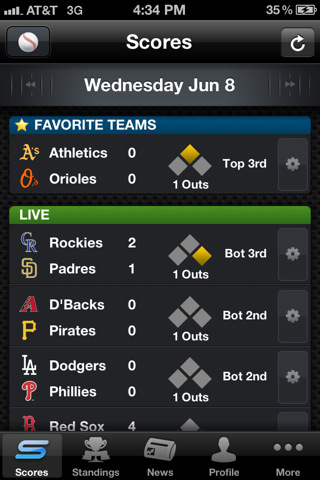 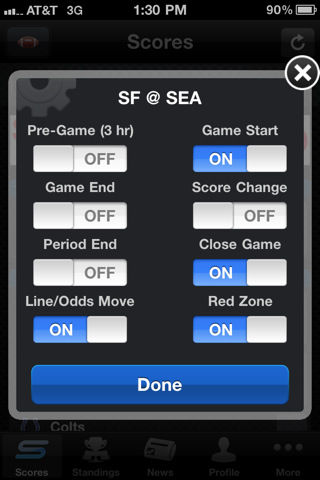 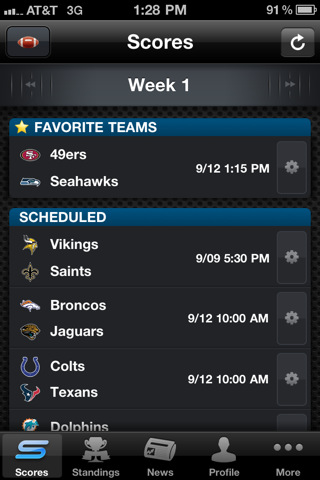 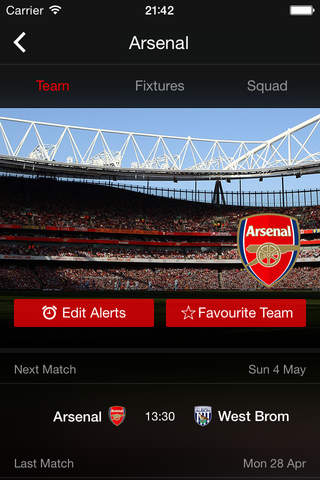 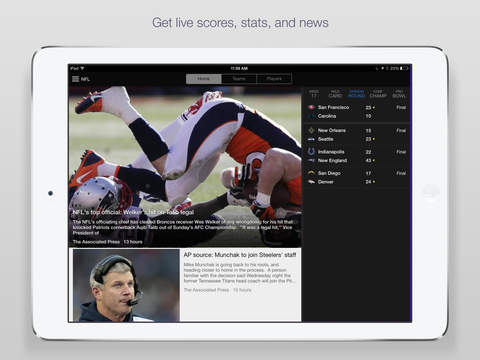 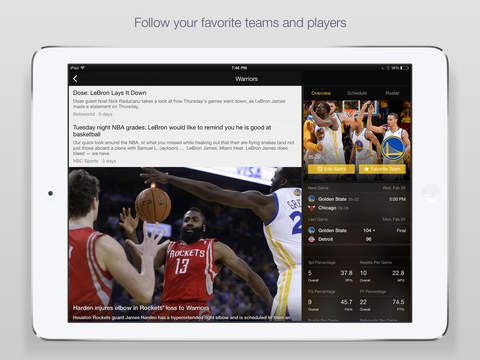 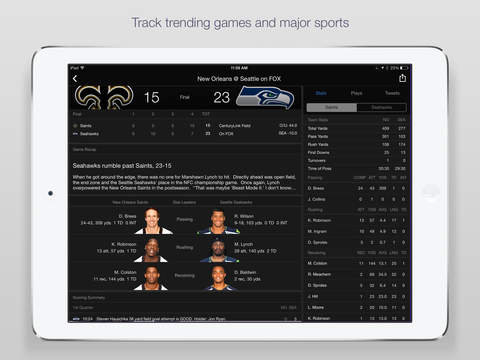 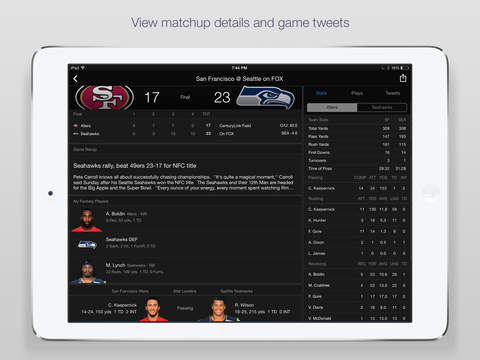