.
Overall Satisfactionc68
Love the game very addicting.
Love the game but it won't even load anymore.
Love tiny monsters and tiny castle.
but It's basically tiny monster with different names for everything.
This is my favorite game on my iPhone and Kindle.
This is no longer a favorite game.
I like it better than tiny monsters or Zombies.
To anyone who says "just buy more _____ if you need it.
And by the way this is an AMAZING game.
This is a wonderful game.
I love the characters and the landscapes are amazing.
Fun & Engagingc70
Awesome game I just looooove it.
Hello another addicting game for this girl lol.
From its super fun mechanics to its adorable art style.
Play it all the time to relax and refocus on work.
Usefulnessc43
Everything costs too much to progress.
Before this update as you advance everything takes too long -long healing.
This is a great game and I play it every day.
Family Friendlyc81
Very good game for kids have been playing with daughter for a while.
A great game for kids and adults alike.
good family fun.
Value for Moneyc44
I see people complaining that they have to spend real money.
Easy enough to play without spending money.
And I don't pay real money to extortionists.
Replay Valuec53
Too easy to accidentally spend jewels.
Production Valuesc83
This app has some of the most beautiful graphics and music.
Cool graphics and creatures.
Ease of Usec50
Too easy to accidentally spend jewels.
Tiny Monsters makes you confirm so you don't accidentally spend them.
Reliabilityc36
Game freeze.
Game freezes.
Updates & Supportc29
buy something or banish certain bad guys with a certain creature. found in 3 reviews
They need to lower the prices. found in 3 reviews
this game is really slow paced. found in 5 reviews
From its super fun mechanics to its adorable art style. found in 10 reviews
Fun with Lots of Action. found in 2 reviews
A great way to pass the time for all ages. found in 12 reviews
Cute game did good with this one guys Thanks. found in 45 reviews
This app has some of the most beautiful graphics and music. found in 7 reviews
I think tiny castle is awesome the animals are so cute. found in 4 reviews
This game is HIGHLY addicting and a great time killer. found in 4 reviews
Good game for passing time. found in 2 reviews
Very nice game. found in 3 reviews
My 4 yr old and I play all the time. found in 2 reviews
good family fun. found in 1 reviews
Very good game for kids have been playing with daughter for a while. found in 5 reviews
Amazing animations and a great storyline. found in 2 reviews
And by the way this is an AMAZING game. found in 10 reviews
3/10/2013
But was disappointed when I maxed out my cash at $75. found in 16 reviews
Gaining experience points and advancing levels is absolutely ridiculously difficult. found in 3 reviews
my game crashes and my progress doesn't save. found in 29 reviews
Game becomes boring because of automatic limitations placed on dust. found in 4 reviews
clearing debris and fog are a bit overpriced. found in 3 reviews
I cannot progress in the game anymore beacuse of the restrictions. found in 7 reviews
Not fun anymore and not sure I will keep playing it. found in 13 reviews
Can't believe I can't upgrade my castle until level 20. found in 10 reviews
Absolutely amazing until around level 17 or so. found in 25 reviews
they will cost upwards of $50 in real money a piece. found in 66 reviews
Love this game but now it says cannot connect to the server. found in 7 reviews
I can't fit all my creature without more habitat. found in 7 reviews
I hate how the minions hit first. found in 10 reviews
After a while of not playing it it doesn't want to open anymore. found in 14 reviews
This latest update makes this game horrible. found in 1 reviews
Fun but time consuming if free. found in 3 reviews
Fighting is juvenile and the sound effects Gawd awful. found in 5 reviews
Like playing this game but limited on being able to advance. found in 19 reviews
All in all the game is a fun way to waste time. found in 12 reviews
I'd recommend this game except for the 200. found in 6 reviews
There are many creatures that are nearly impossible to breed. found in 55 reviews
Good game but not as good as other tinyco games. found in 28 reviews
I'm at level 17 and have absolutely nothing to do. found in 25 reviews
unless you have plenty of real money to throw at it. found in 66 reviews
This game crashed to much. found in 27 reviews
Basically rendering it impossible to progress. found in 19 reviews
Food amounts needed to grow are outrageously high. found in 31 reviews
I wouldn't recommend this game unless they lowered there prices significantly. found in 15 reviews
Wish it wasn't impossible to progress through the game without spending money. found in 19 reviews
DO NOT UPDATE UNLESS YOU WANT TO START OVER FROM THE START. found in 24 reviews
needs more minions to fight. found in 17 reviews
I can't level up because there are no monsters to banish. found in 33 reviews
The quests don't seem to advance the story along. found in 19 reviews
you cannot move from there and you cant get new creatures. found in 40 reviews
The game crashes if you pick a blocky one to battle. found in 29 reviews
If you are iPhone and iPad owner,you now can download Tiny Castle for free from Apple Store. The application is designed for use in English language. It weighs in at only 21.5 MB to download. The new Tiny Castle app version 1.0.1 has been updated on 2014-11-13. For ensuring consistency with the device you should take into account the following app compatibility information: Compatible with iPhone, iPod touch, and iPad. Requires iOS 4.3 or later. This app is optimized for iPhone 5.
Bottom Line: For more information about Tiny Castle check developer TinyCo, Inc.`s website : http://www.tinyco.com/support.php 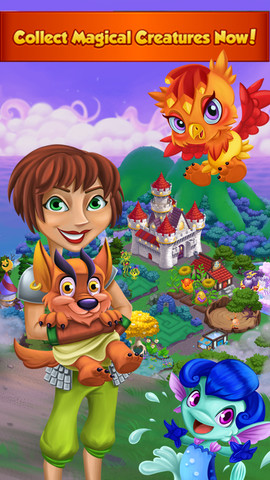 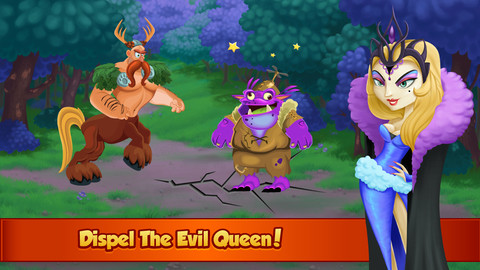 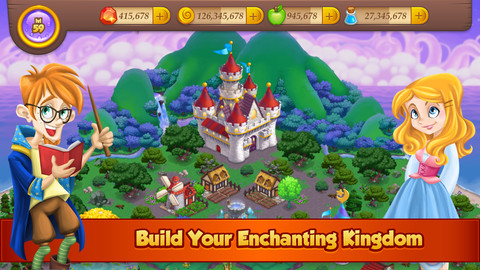 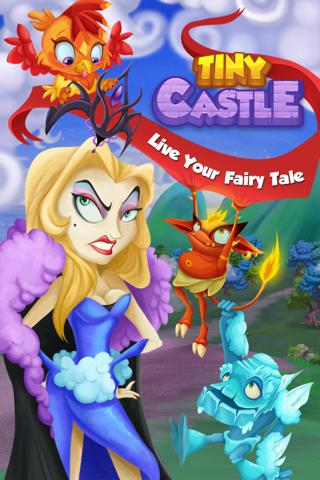 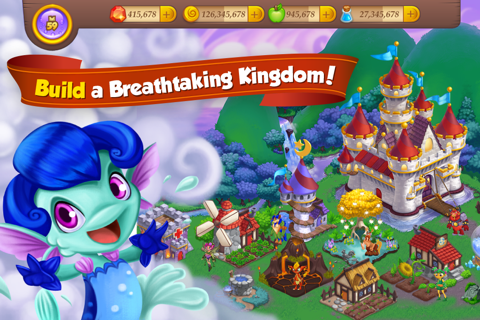 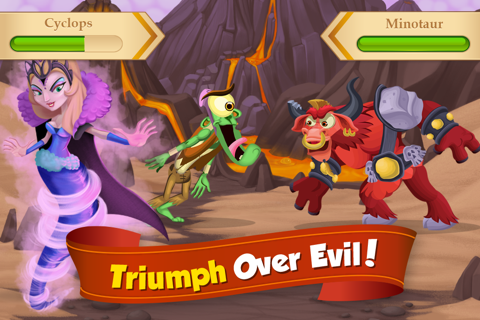 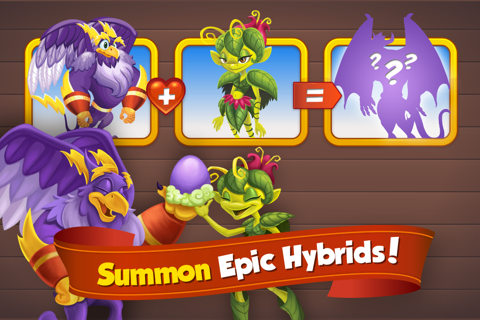 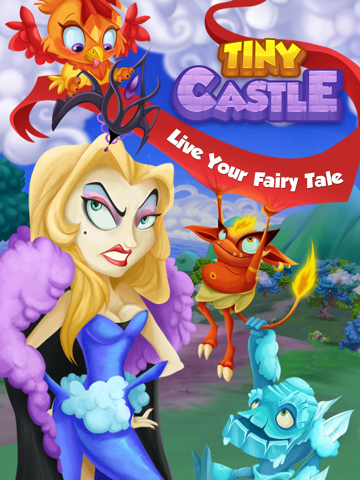 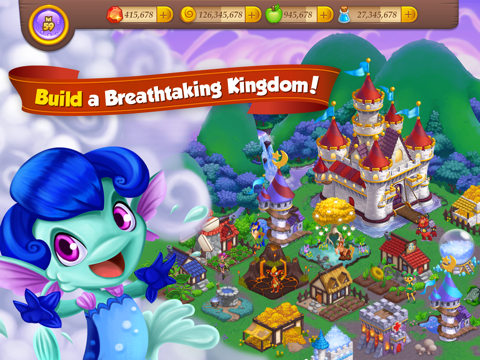 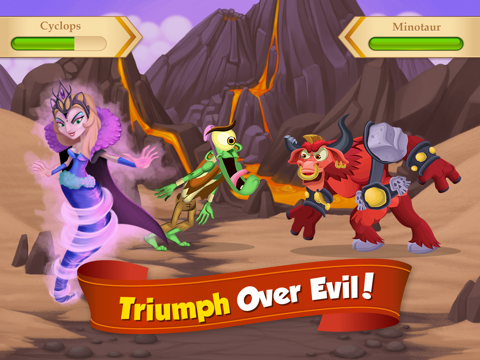 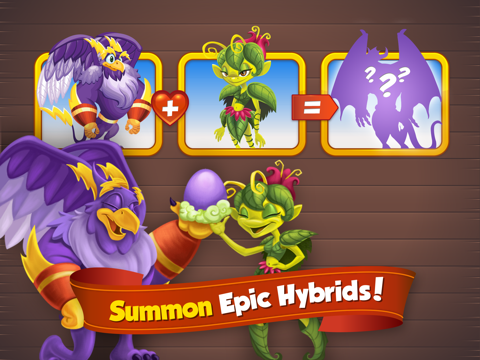