If you are iPhone and iPad owner,you now can download Tekken Card Tournament for free from Apple Store. The application is supporting English language. It weighs in at a hefty 168 MB, so make sure you have plenty of free space on your iOS device. The new Tekken Card Tournament app version 1.0 has been updated on 2014-11-20. The Apple Store includes a very useful feature that will check if your device and iOS version are both compatible with the app. Most iPhone and iPad are compatible. Here is the app`s compatibility information: Compatible with iPhone 3GS, iPhone 4, iPhone 4S, iPhone 5, iPod touch (3rd generation), iPod touch (4th generation), iPod touch (5th generation) and iPad. Requires iOS 5.0 or later. This app is optimized for iPhone 5.
Bottom Line: For more information about Tekken Card Tournament check developer NAMCO BANDAI Games Europe S.A.S.`s website : http://www.card-tournament.com/tekken

TAKE THE FIGHT TO THE STREETS TEKKEN goes free-to-play for the first time ever with TEKKEN CARD TOURNAMENT. Now players can take TEKKEN with them everywhere and launch into card battles with skill-matched players from around ... 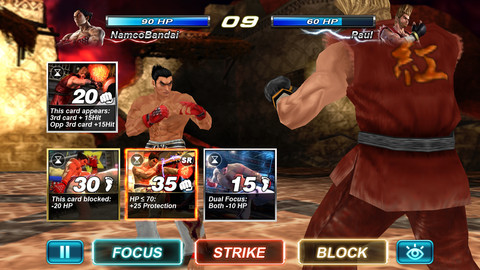 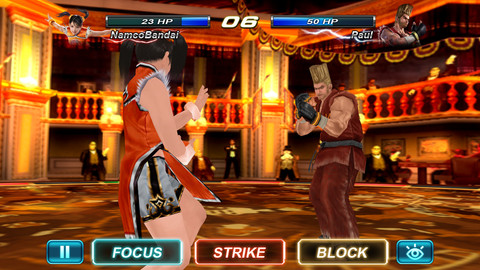 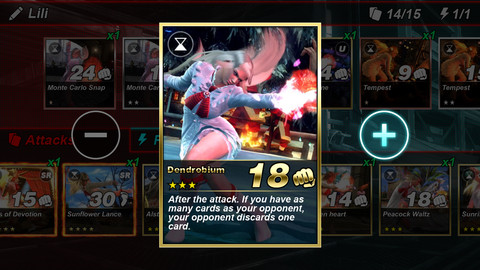