.
Overall Satisfactionc90
This is pretty much the best radio app out right now.
Finally after 5 long years I can finally listen to my favorite radio station.
The most important thing for me is sound quality.
extensive radio app in the app store www.
OoTunes continues to be the best streaming app our there.
Thanks Steve for the GREAT upgrade.
This app is a must have for music lovers.
Still the best after many years =D.
Fun & Engagingc95
Awesome customer care and Amazing App.
ooTunes also has awesome support.
Usefulnessc100
I use this app literally all day everyday.
It is everything it advertises and more.
and still use it almost every day.
and I received a friendly and helpful reply each time.
Production Valuesc35
Reliabilityc58
Needs to be optimized for iphone5 screen and iOS 6.
Seems like this is plagued with some serious bug issues.
Updates & Supportc99
Best radio app and even better customer service.
the customer service is also second to none.
I had some questions and the help was very quick to respond.
There are frequent updates and improvements and the customer support is great.
and the tech support is top shelf.
and they responded within 2 hrs.
Batteryc57
Great for streaming my paid Internet radio account. found in 32 reviews
and it has become my music/ radio application of choice. found in 7 reviews
OoTunes continues to be the best streaming app our there. found in 22 reviews
This is pretty much the best radio app out right now. found in 129 reviews
It has a wide variety of diferent radio stations from all over the world. found in 8 reviews
This is an abolutely amazing app for streaming radio stations. found in 37 reviews
PREVIOUS REVIEWS BELOWI have purchased 11 Radio Streaming Apps from iTunes. found in 34 reviews
Most stations don't connect. found in 3 reviews
Great app one small problem. found in 1 reviews
Reliable alarm but terrible interface. found in 1 reviews
Waste of five bucks. found in 2 reviews
But Power hungry. found in 1 reviews
Poorly maintained and functionally challenged. found in 2 reviews
Live pause badly broken. found in 1 reviews
Alarm needs to be set every night. found in 2 reviews
Seems like the developer no longer supports. found in 2 reviews
Can you please add stations in leesville. found in 4 reviews
Also the interface on IPad is very sloppy. found in 2 reviews
Would love to see it play better on Edge. found in 1 reviews
It works great but it is extremely hard on battery life. found in 1 reviews
Settings permanently disabled. found in 2 reviews
doesn't fit screen. found in 1 reviews
Needs record schedule. found in 1 reviews
Great App UI Needs Some Work. found in 1 reviews
this app needs an update and lower price to have potential. found in 2 reviews
Some UI quirks and stabitilty issues. found in 1 reviews
App has no support anymore. found in 3 reviews
Terrible interface. found in 2 reviews
I get the new iPhone and this app has been terrible. found in 3 reviews
No iphone 5 support and crashes on ios 6. found in 10 reviews
App doesn't work in background with ootunes server. found in 2 reviews
now there is constant buffering regardless of LTE or wifi. found in 2 reviews
Also this app should have support for iphone 5 but it doesn't. found in 8 reviews
If you are iPhone and iPad owner,you now can download ooTunes Radio - Recording and Alarm Clock! for $4.99 from Apple Store. The application is supporting English language. It weighs in at only 10MB to download. It is highly advisable to have the latest app version installed so that you don`t miss out on the fresh new features and improvements. The current app version 4.0.2 has been released on 2014-11-25. The Apple Store includes a very useful feature that will check if your device and iOS version are both compatible with the app. Most iPhone and iPad are compatible. Here is the app`s compatibility information: Compatible with iPhone, iPod touch, and iPad. Requires iPhone OS 3.0 or later.
Bottom Line: For more information about ooTunes Radio - Recording and Alarm Clock! check developer Oogli LLC`s website : http://ootunes.com/app/

INFINITE Tunes, Talk, Sports, and Entertainment Radio CNET readers ranked ooTunes as 2 app overall Thanks ooTunes is arguably the most comprehensive & extensive radio app in the App Store - www.iphoneappreviews.net Its strongest asset [is] the large, ... 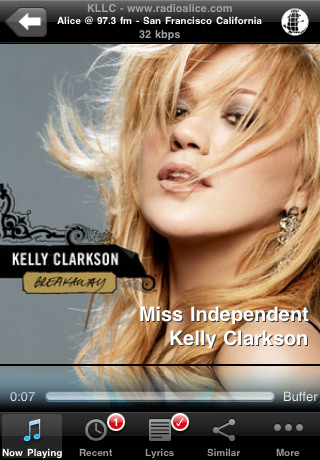 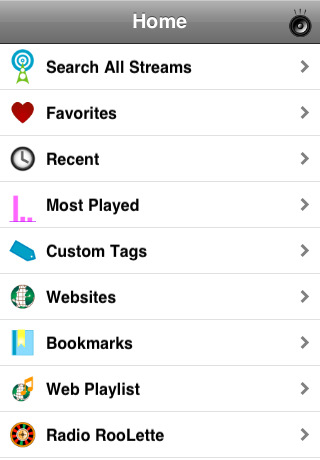 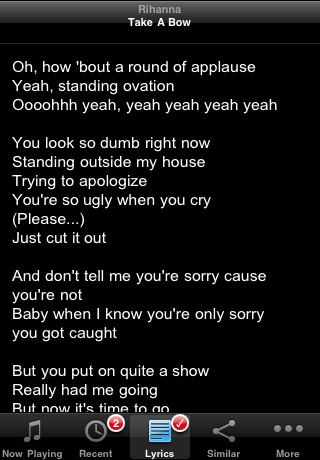 This app is popular with:
radio fansmusic lovers