.
Overall Satisfactionc93
Rocketcat has done a fantastic job creating an amazing game.
Few iOS games have as much potential as Mage Gauntlet.
The masters of iPhone game design have done it again.
This is one of the best rpgs ive played since the snes days.
One of the best RPG games I've ever played.
I recommend this game to anyone who loves older games.
This is the most addicting game on the app store.
Amazing game great job.
Fun & Engagingc93
Rocket Cat's signature hilariously awesome game design.
Fast paced with just enough rpg elements to keep it interesting.
It's a great RPG that's hard to put down.
Awesome retro style adventure.
It has a great look and is super fun.
Looks great and is a ton of fun.
An incredibly fun hack-and-slash with a charming wit.
Usefulnessc92
everything about this game is incredible.
Love everything about this game.
Everything I hoped for.
Replay Valuec84
The unlockables and achievements offer some nice replay value.
I am concerned that the combat may get a bit repetitive.
I just played the first few levels and I love it.
It's like old school SNES and it's challenging.
consistently entertaining with challenging gameplay.
Production Valuesc93
The controls are great and game play has been incredibly solid.
But the game play is horrible.
Retro graphics and perfect music for running around and hacking things.
polished game with throw-back 16-bit graphics.
Simple pixel graphics yet the story and gameplay is solid.
Absolutely stunning.
great visuals.
The production values are top notch.
Ease of Usec95
This game is incredibly fun and the controls are easy to pick up.
This game is simple and fun to the point of addiction.
And intuitive controls.
Controls easy and work well.
Simple goodness.
Reliabilityc45
Great all around Retro RPG. found in 7 reviews
One of the best RPG games I've ever played. found in 19 reviews
Best SNES style action RPG I've played so far. found in 94 reviews
Feels like a Super Nintendo game with modern features. found in 6 reviews
I have been looking for an old school RPG to kill time. found in 7 reviews
Highly recommend to anyone who likes the classic 16 bit RPGs. found in 68 reviews
Rocket Cat's signature hilariously awesome game design. found in 52 reviews
Great throwback to RPGs of the 16-bit era. found in 7 reviews
You won't regret the classic gameplay. found in 4 reviews
last time I checked there were a couple hundred on here. found in 1 reviews
Rocketcat has done a fantastic job creating an amazing game. found in 42 reviews
classic style action RPG. found in 6 reviews
tight controls and humor of Rocketcat games keep me coming back for more. found in 3 reviews
This is one of the best rpgs ive played since the snes days. found in 23 reviews
Highly recommended to any old school action RPG fans. found in 8 reviews
I feel like I'm playing final fantasy again. found in 4 reviews
The unlockables and achievements offer some nice replay value. found in 7 reviews
It is very fun and humorous in a very nostalgic way. found in 3 reviews
Brilliant retro action RPG. found in 6 reviews
Every iOS action/ adventure game should control like this. found in 12 reviews
It's like a really really boring version of Zelda. found in 3 reviews
And it's basically impossible to die in any meaningful way. found in 2 reviews
game crashes …
Needs widescreen iPhone 5 support otherwise it's a good game. found in 5 reviews
item pick ups don't have any real impact on anything. found in 2 reviews
but it gets old fast. found in 2 reviews
don't work on the unused parts of the screen. found in 2 reviews
Charged me 2 times for in-app. found in 1 reviews
• Specific Example: boar boss shoots fire. found in 2 reviews
although there is one major problem. found in 2 reviews
Please and thanks. found in 2 reviews
Wish it was optimized for the iPhone 5 though. found in 4 reviews
Don't even consider the price. found in 2 reviews
It got really boring really fast. found in 2 reviews
It feels a little pointless leveling up stats. found in 3 reviews
Fun but bad ending. found in 1 reviews
Was really fun until it started crashing. found in 1 reviews
but frustrating controls on 5. found in 3 reviews
Game crashes all the time. found in 2 reviews
you don't gain new abilities or attacks. found in 2 reviews
No IPhone 5 support. found in 5 reviews
except maybe a new hat which does nothing. found in 2 reviews
The graphics are terrible on the iPad. found in 2 reviews
Please update for the iPhone 5 screen. found in 3 reviews
If you are iPhone and iPad owner,you now can download Mage Gauntlet for $2.99 from Apple Store. The application is supporting English language. It weighs in at only 20.4 MB to download. It is highly advisable to have the latest app version installed so that you don`t miss out on the fresh new features and improvements. The current app version 1.24 has been released on 2014-11-23. The Apple Store includes a very useful feature that will check if your device and iOS version are both compatible with the app. Most iPhone and iPad are compatible. Here is the app`s compatibility information: Compatible with iPhone, iPod touch, and iPad. Requires iOS 3.1.2 or later
More Info: Find more info about Mage Gauntlet in Rocketcat Games`s Official Website : http://www.magegauntlet.com

Get the game before Sunday for the Early Buyer Bonus You ll get the Rocketcat Fan Pack for free, with an in-game pet and a selection of eight hats from our previous games. Get the ... 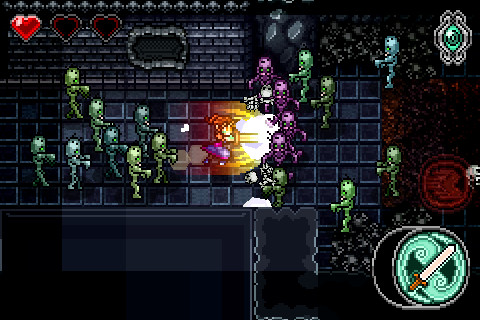 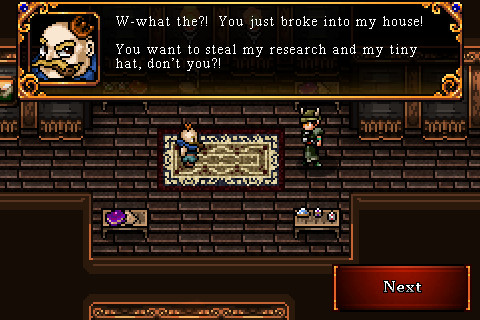 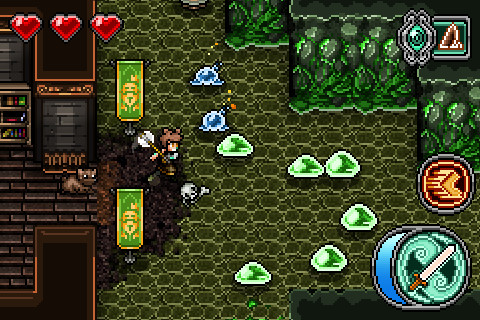