The Kitchen Panic is now available for $0.99 for both iPhone and iPad owners.The application is supporting English language. It weighs in at only 0.4 MB to download. It is highly advisable to have the latest app version installed so that you don`t miss out on the fresh new features and improvements. The current app version 2.1 has been released on 2014-11-27. The Apple Store includes a very useful feature that will check if your device and iOS version are both compatible with the app. Most iPhone and iPad are compatible. Here is the app`s compatibility information: Requires iOS 3.0 or later. Compatible with iPhone, iPad, and iPod touch.
Bottom Line: For more information about Kitchen Panic check developer DS Effects`s website : http://www.dseffects.com/iphone.php?id=a067

In this arcade game you move a cook in the bottom of the screen. Food is faling from the top. You need to catch the exact food avoiding all the obstacles.

so boring needs to be more complex bad graphics too        I WANT MY MONEY BACK
This game needs some sound effects and music it is just so dull now I was drawn in by the cute icon but was disappointed by the game sounds effects and music would make a postive difference developers please     no sounds
By Kostas Gar.
​ 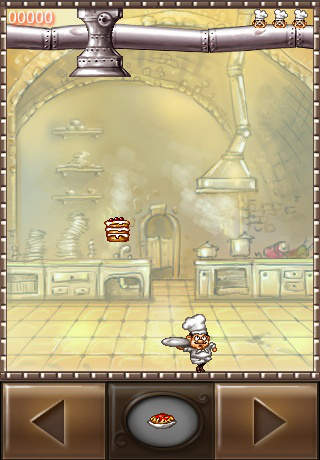 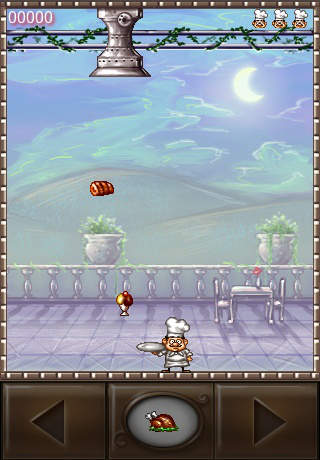 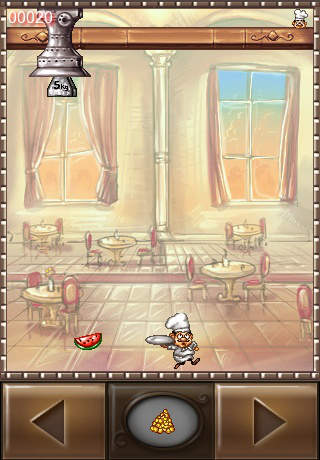