.
Overall Satisfactionc90
This is by far the best remote desktop app that I have used.
Defeats the whole point of remote desktop.
I've tried this and it's the best remote control app out there.
This truly is one of the best RDP apps out there.
Immeasurably better than Mocha and very natural and smooth.
the video quality is superb and scaling is near perfect.
This is an amazing program.
better than Logmein and Jump.
Fun & Engagingc100
it feels awesome to use it once it works.
Awesome Customer Support.
Awesome Customer Service.
Usefulnessc86
Honestly the best purchase I've made for my iphone to date.
I must say that support was very responsive and helpful.
It does absolutely everything I need and does it well.
by far the most useful app I've ever used on a smartphone.
I use this app all day everyday.
Very useful and reliable.
Production Valuesc100
Love the interface and it's super fast on my wireless-N network.
Ease of Usec80
They were able to setup the connection.
Once you're able to configure the networking hardware yourself.
Reliable and super easy to use.
Elegant and intuitive control of remote computer.
A truly fantastic and intuitive VNC client.
Exceptionally easy to set up and use.
Amazingly simple to use.
This app was far far too easy to set up.
Reliabilityc32
including fixing a pre-release bug in the iOS 4.
Security & Privacyc59
via Manual IP address & port config or Gmail account tunneling.
Terrible App requires a GMail account to function.
Wats a vnc password.
Fix broken Google login.
enjoy blazing fast connections to your mac with our most recent update.
I use Free SSHd as my SSH Server for security.
Updates & Supportc87
Thanks for the great customer service and a fantastic program.
this is the universal version for use on iphone ipad amp.
is very useable even over 3G in my experiences. found in 8 reviews
I can control my Macs and PCs from near. found in 6 reviews
Supports VNC and RDP and the interface is clean and user friendly. found in 35 reviews
especially with the frequent need to zoom in and out. found in 5 reviews
I use this at least once a week and compared to the others I've tried. found in 4 reviews
the mouse movement is very comfortable. found in 8 reviews
Needs sound to play through phone. found in 6 reviews
Neither TightVNC nor RealVNC even support remote audio. found in 2 reviews
It will not connect via the internet. found in 8 reviews
the finder crashes when you attempt to right click. found in 10 reviews
Also please add wake on LAN feature. found in 3 reviews
Jaadu Connect doesn't work with my U-verse router. found in 18 reviews
Keyboard doesn't work in the split mode. found in 2 reviews
Various reviewers have referred to problems with the gmail account. found in 27 reviews
asking me for my google login every time. found in 7 reviews
Better than Desktop Connect. found in 4 reviews
this will prevent the black screen issue. found in 4 reviews
3G Setup: iTeleport offers a redundant server that uses Google authentication. found in 4 reviews
When I try to connect it says "Loading Screen" then stops. found in 7 reviews
YES it does & cannot be in sleep mode. found in 4 reviews
I had initially tried to use iTeleport Connect 6. found in 21 reviews
it would automatically connect to my computer. found in 27 reviews
A great app but the latest release really messed up a good thing. found in 3 reviews
server disconnects or times out. found in 3 reviews
Terrible App requires a GMail account to function. found in 27 reviews
The app crashes immediately upon launch on iOS 4. found in 8 reviews
Can't get it to work on edge. found in 4 reviews
But now it crashes every time I try to connect. found in 7 reviews
Another problem is this app doesn't support ssh connection tunneling. found in 6 reviews
Fix broken Google login. found in 7 reviews
Doesn't support dual monitors with main monitor on the right. found in 14 reviews
This is even more fundamental flaw than no sound support. found in 5 reviews
Crashes to home screen when trying to connect to my server. found in 6 reviews
This app simply does not work with Lion. found in 4 reviews
The iTeleport: Jaadu VNC for iPhone / iPad is now available for $9.99 for both iPhone and iPad owners.The application is supporting English language. It weighs in at only 10MB to download. The new iTeleport: Jaadu VNC for iPhone / iPad app version 6.0.0 has been updated on 2014-11-22. The Apple Store includes a very useful feature that will check if your device and iOS version are both compatible with the app. Most iPhone and iPad are compatible. Here is the app`s compatibility information: Compatible with iPhone, iPod touch, and iPad. Requires iPhone OS 3.0 or later.
Bottom Line: For more information about iTeleport: Jaadu VNC for iPhone / iPad check developer iTeleport LLC`s website : http://www.iTeleportMobile.com/

iTeleport: a magical app that lets you access your computer from anywhere in the world. This is a universal app that will work on both your iPad and iPhone. You only have to purchase it once, ... 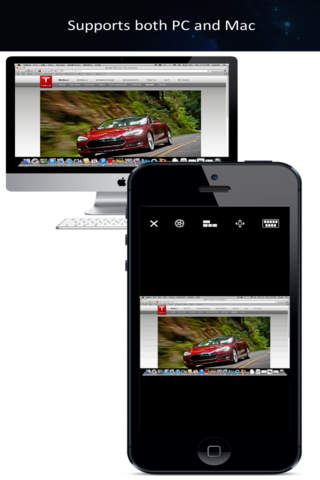 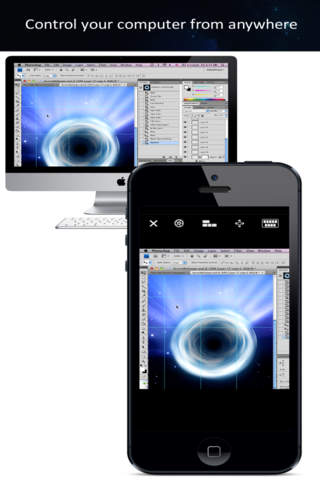 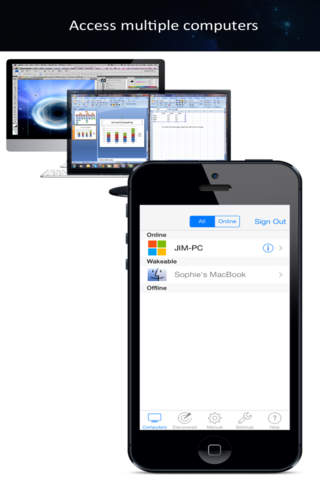 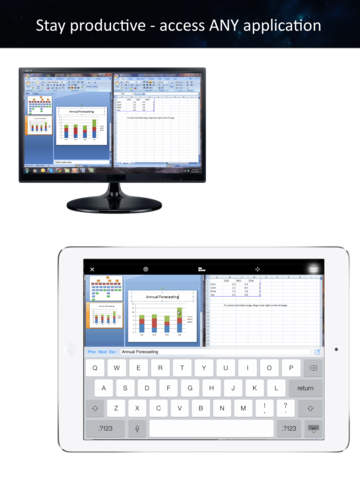 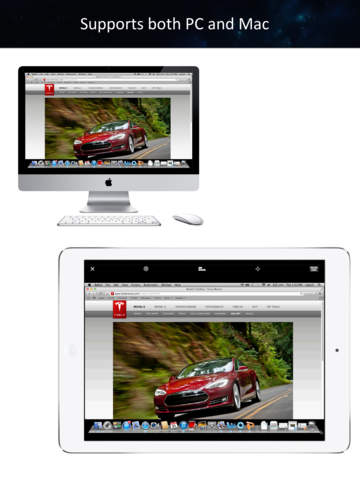 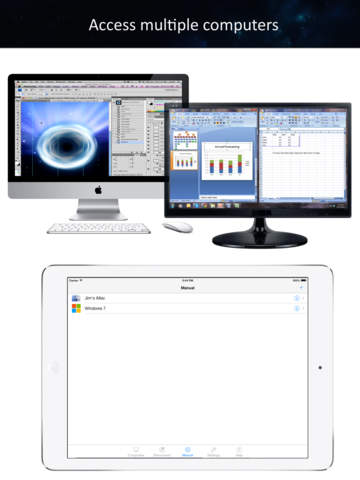 This app is popular with:
mac userssmall businessguys