Crowdstar Inc , the publisher behind many iOS games (Mermaid World Stories ,Top Girl ,Design Home ,Phuzzle Plus ,Top Stylist ,Do You Know Me? Premium!), brings It Girl with a number of new features along with the usual bug fixes. It Girl games has been update to version 11.15 with several major changes and improvements. Games release that improves performance, provides several new options.
HIGHLIGHTS

.
Overall Satisfactionc20
I love playing this game on the computer.
It Girl app is my Favorite game app though.
Fun & Engagingc31
I play it all the time on my facebook.
Awesome Game Tho.
and I play it on Facebook all the time.
Usefulnessc19
Value for Moneyc17
Replay Valuec10
Social Aspectsc16
Social girl and it girl.
Reliabilityc26
Security & Privacyc12
in the description it says that you need a facebook account.
Great companion to fb version.
Updates & Supportc34
Great companion to fb version.
get exclusive items by using diamonds. found in 2 reviews
3g or wi fi access is required to play. found in 2 reviews
You drama queens can quit whining now. found in 1 reviews
I loooooove this game. found in 2 reviews
awesome fun addicting game. found in 2 reviews
original review: Yes it loads slowly. found in 2 reviews
That's the main reason I need a mobile version of the game. found in 4 reviews
I've been having issues with premium content loading. found in 1 reviews
Please fix loading problem. found in 1 reviews
The game can't get past the loading screen. found in 5 reviews
until it is fixed Play TOP GIRL instead. found in 11 reviews
I didn't even get to play because it
Lots of issues. found in 1 reviews
Log on to Facebook to get a boyfriend. found in 59 reviews
The game won't even let me on. found in 15 reviews
So did the log in stuff problem #1 You need Facebook. found in 339 reviews
If you don't have a facebook that's not crowdstar's problem. found in 103 reviews
I don't have face book so I could not play. found in 50 reviews
It's annoying please fix. found in 2 reviews
The game needs an update badly on in-game store purchases. found in 7 reviews
it doesnt even open. found in 3 reviews
PLEASE READ CROWDSTAR INC. found in 8 reviews
Crashes everytime I open it. found in 7 reviews
I don't have a Facebook and I'm not allowed to get one. found in 12 reviews
I have to log into Facebook to play it girl. found in 80 reviews
It says I'm already authorized. found in 8 reviews
Says encountered an error every time in my iPhone and iPad. found in 19 reviews
I can't believe that we need a Facebook account to play this game. found in 20 reviews
Make it not connect to Facebook and I'll be all over it. found in 59 reviews
After that it kept saying it encountered an error and crashed. found in 19 reviews
Wouldn't even let you on with out Facebook account
I couldn't wait to play this game but it wouldn't stop loading. found in 57 reviews
i don't have a facebook account so it won't let me play. found in 103 reviews
These people need a Facebook login AND YOUR PASSWORD. found in 18 reviews
It makes no sense that I need a facebook account to play this game. found in 78 reviews
MAKE IT WITHOUT HAVING TO CONNECT TO FACEBOOK. found in 63 reviews
I log into Facebook and once it's loading it says error occurred. found in 80 reviews
Horrible game won't load at all don't get it's stupid. found in 15 reviews
why do they need to MAKE u sign up to fb. found in 16 reviews
Be warned. found in 25 reviews
This is the worst game that I ever had. found in 24 reviews
Dont get this came. found in 339 reviews
You need facebook to play so dumb
it kept loading and loading please fix it so that it's playable. found in 18 reviews
Top girl doesn't even work on iPod touches. found in 229 reviews
The It Girl is now available as a free download on Apple Store for both iPhone and iPad owners.The application is supporting English language. It weighs in at only 5.8 MB to download. It is highly advisable to have the latest app version installed so that you don`t miss out on the fresh new features and improvements. The current app version 11.15 has been released on 2014-11-19. The Apple Store includes a very useful feature that will check if your device and iOS version are both compatible with the app. Most iPhone and iPad are compatible. Here is the app`s compatibility information: Compatible with iPhone 3GS, iPhone 4, iPod touch (3rd generation), iPod touch (4th generation), and iPad. Requires iOS 3.0 or later
Bottom Line: For more information about It Girl check developer Crowdstar Inc`s website : http://support.crowdstar.com/home

Are you addicted to It Girl on facebook? Now you can take your It Girl wherever you go Collect cash, shop, dress, and battle your rivals while you re away from the computer Customize fabulous outfits and ... 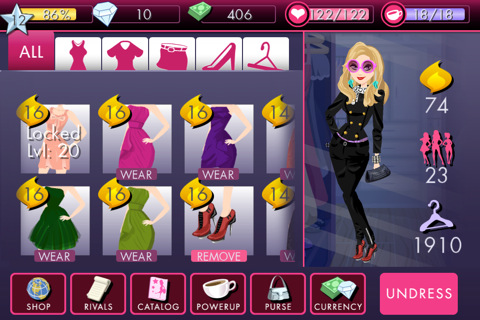 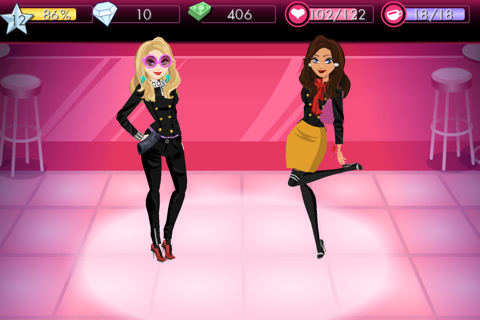 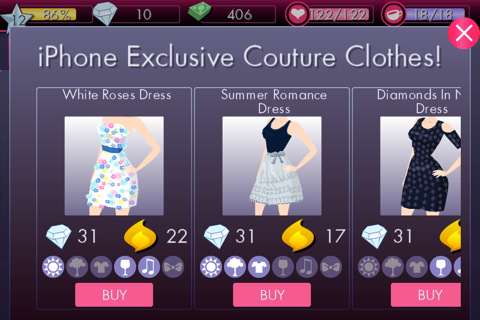 More in Games -It Girl