.
Overall Satisfactionc90
It's very funny to watch your grandparents dance.
My son loves this app.
Daughter loves this app.
Love the song love the game.
Awesome me and my brother love it good job.
Enjoyable enough to be Free.
Gangam style booth is the best.
Amazing hilarious app.
Fun & Engagingc84
It's so awesome and funny how you look.
I have had tons of fun with this app with my friends.
This app is very fun to mess around with.
Great app lots of fun.
Trust me this is loads of fun.
This is an awesome games.
What a fun little app to share with friends and family.
Having way too much fun with this app.
Usefulnessc46
Very funny and useful ape.
Family Friendlyc94
This app was so fun and hilarious for the whole family.
I totally love it makes my family laugh so much :.
Spent one whole day with my grand kids making family santa's.
Sexy lady.
Grand kids love seeing Grampa Dance.
Ease of Usec84
Great and funny way to send greetings for friends.
I love it and its great to send to people.
Lots of fun and simple to use.
Fun and simple.
Funny and simple.
Reliabilityc36
Funniest thing I've ever seen. found in 5 reviews
I've been having a blast sending this to my friends and family. found in 3 reviews
It made my whole family crack up ALOT. found in 6 reviews
Best thing since Angry Birds. found in 1 reviews
Merry Xmas and I enjoy the app. found in 4 reviews
Gangman style Christmas edition. found in 18 reviews
I took a pic of my great grandma and she just laughed. found in 3 reviews
This app is great for the Holiday Humor. found in 5 reviews
Great comedic time killer. found in 3 reviews
Spent one whole day with my grand kids making family santa's. found in 4 reviews
Got such a laugh out of my family. found in 5 reviews
My son loves this app. found in 7 reviews
I love how I can make me do gangam style. found in 16 reviews
It's very funny to watch your grandparents dance. found in 17 reviews
Gang ham photo booth. found in 5 reviews
I love the Santa booth and the origanal one. found in 86 reviews
Ho Ho Ho this app:. found in 9 reviews
This app was so fun and hilarious for the whole family. found in 8 reviews
My 3 year old daughter thought this was hilarious. found in 3 reviews
I love this game so much. found in 3 reviews
I wish it was easier to save to my camera roll. found in 8 reviews
Great way to waste time. found in 3 reviews
I really don't like buying stuff 'cause in like 13. found in 3 reviews
but would be better if more costumes were free. found in 6 reviews
Would be better if it didn't charge for everything. found in 2 reviews
Would be nice to have more free options. found in 10 reviews
Funny app froze up phone when saving to camera roll. found in 2 reviews
Forced to write a review before I can enjoy it. found in 14 reviews
It is k but there should be more free stuff. found in 2 reviews
Cool but can't use my own music library. found in 1 reviews
I've tried numerous times but I can't figure out how to email it. found in 1 reviews
Great app but I wish you didn't have to buy the other costumes. found in 36 reviews
Great app but you have to pay for almost everything. found in 2 reviews
But it does tend to crash. found in 3 reviews
Two stars because it wouldn't let me play without rating. found in 9 reviews
Cool but you have to pay for different costumes. found in 4 reviews
Only wish you could get more out fits for free. found in 1 reviews
Great until I tried to save it. found in 8 reviews
I hate they make you rate to unlock another character. found in 8 reviews
Starting to crash. found in 3 reviews
Can't post from app and can't post from camera roll. found in 11 reviews
not force you to rate the app. found in 17 reviews
Bad and makes you buy everything an too many ads on it. found in 3 reviews
One star cuz it forced me to review. found in 10 reviews
I have to write a review to get it to open. found in 14 reviews
Fun but wish you didn't have to buy all the other stuff. found in 36 reviews
Does not send my videos to camera scroll. found in 2 reviews
Needs more costumes like Santa free. found in 6 reviews
If you are iPhone and iPad owner,you now can download Gangnam SantaBooth for free from Apple Store. The application is designed for use in English language. It weighs in at only 19.7 MB to download. It is highly advisable to have the latest app version installed so that you don`t miss out on the fresh new features and improvements. The current app version 1.0.0 has been released on 2014-11-23. The Apple Store includes a very useful feature that will check if your device and iOS version are both compatible with the app. Most iPhone and iPad are compatible. Here is the app`s compatibility information: Compatible with iPhone 3GS, iPhone 4, iPhone 4S, iPhone 5, iPod touch (3rd generation), iPod touch (4th generation), iPod touch (5th generation) and iPad. Requires iOS 4.3 or later.
More Info: Find more info about Gangnam SantaBooth in WiseGecko Co. LTD.`s Official Website : http://www.wisegecko.com

Santa Gangnam Style Yes, even Santa is doing the horse dance, and so can you. Dressed as Santa and dancing Gangnam Style, you can create hilarious holiday video cards and send them ...
​ 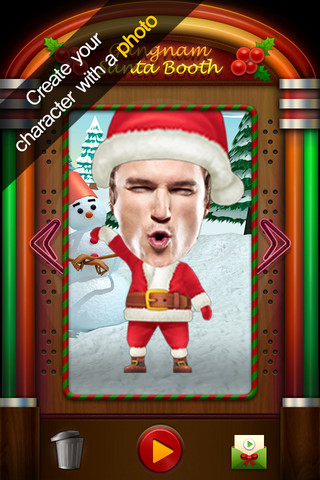 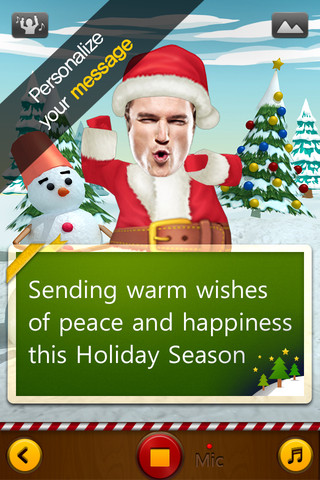 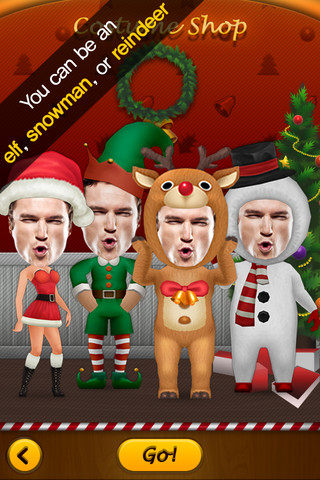