.
Overall Satisfactionc90
Probably the most beautiful e- mail client out there.
Dispatch is absolutely awesome and amazing.
needs an iPad friendly design.
Without question one of the best email clients on the App Store.
I couldn't recommend this more.
This app is terrific - it takes the best features of Triage.
April 30th Update: Clean Shaven Apps continues to make amazing updates.
Fun & Engagingc82
Dispatch is absolutely awesome and amazing.
awesome email app.
Also it is updated all the time which is great.
Great App and Getting Better All The Time.
Usefulnessc92
So useful to send emails to reminders for processing.
Essential iPhone App for E-mail.
Ease of Usec89
This app helps me to quickly add tasks to Omnifocus.
It functions perfectly as a way to quickly read.
Dispatch makes all of this amazingly easy.
Powerful yet simple GTD friendly mail app.
Reliabilityc27
Aside from a couple non- critical bugs.
Security & Privacyc49
I use this app just for my work email.
Updates & Supportc59
speedy customer service.
Dev stopped responding to inquiries for some reason.
They respond to questions.
I hope we get an iPad version sometime soon.
tested to work with gmail google apps icloud aol yahoo. found in 2 reviews
This app helps me to quickly add tasks to Omnifocus. found in 8 reviews
if you don’t want them there is TextExpander integration instead. found in 4 reviews
This email app can quickly send the whole email to Evernote. found in 10 reviews
as is the ability to triage emails into my task management tool. found in 2 reviews
The solution for productive email. found in 4 reviews
Better and better with each release. found in 5 reviews
New bulk edit is the feature that making this apps perfect. found in 4 reviews
Never will I dread checking my email again. found in 2 reviews
Great when only used to connect with other apps. found in 5 reviews
No instructions for adding Office 365 Mail accounts. found in 3 reviews
but the lack of Push. found in 6 reviews
Want to see landscape viewing as well as mass multiple deletes. found in 2 reviews
One fatal flaw: Displays mail horribly. found in 1 reviews
Ok but won't replace Mailbox. found in 2 reviews
Great App but needs push support. found in 2 reviews
needs iPhone 6 plus resolution support. found in 1 reviews
Somebody please fix email. found in 2 reviews
the crashes continue and the customer service remains silent. found in 4 reviews
but I don't understand why they don't have push notifications. found in 17 reviews
Because Dispatch doesn't support the Google login interface. found in 1 reviews
But the poor search function is frustrating. found in 2 reviews
but I wish they would consider exchange support. found in 8 reviews
needs an iPad friendly design. found in 3 reviews
If they can solve that problem and add push. found in 2 reviews
no push alerts. found in 1 reviews
but can't make it my primary and only email client. found in 1 reviews
But using background refresh for notifications is a joke. found in 3 reviews
And no plans to support either in the future. found in 4 reviews
Outdated security methods and no push notifications. found in 17 reviews
The new version broke the app for me on iOS7. found in 3 reviews
No support for POP or Exchange mail. found in 4 reviews
No office 365 IMAP support or exchange support. found in 8 reviews
Broken Text Expander. found in 5 reviews
Takes a long time to load emails from server. found in 4 reviews
The Dispatch: Action-Based Email is now available for $2.99 for both iPhone and iPad owners.The application is designed for use in English language. It weighs in at only 15.8 MB to download. It is highly advisable to have the latest app version installed so that you don`t miss out on the fresh new features and improvements. The current app version 1.0 has been released on 2014-11-03. For ensuring consistency with the device you should take into account the following app compatibility information: Compatible with iPhone, iPod touch, and iPad. Requires iOS 6.0 or later. This app is optimized for iPhone 5.
Bottom Line: For more information about Dispatch: Action-Based Email check developer Clean Shaven Apps`s website : http://www.dispatchapp.net

LAUNCH SALE: 50% OFF THIS WEEK Dispatch makes it easy to act on mails even when you`re on the move. It lets you delete, defer, delegate, generate actions and even respond with ease. RESPOND FASTER ------- If you could ... 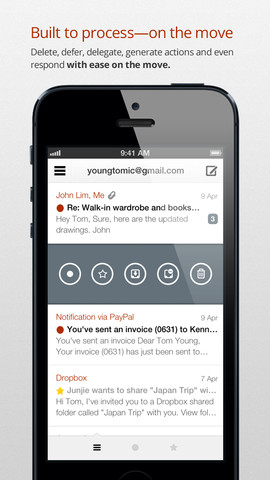 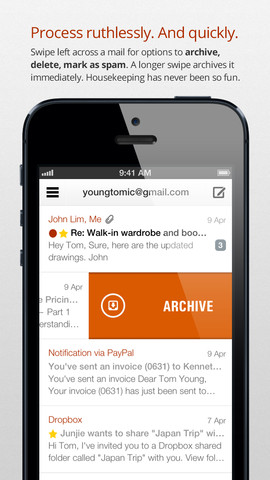 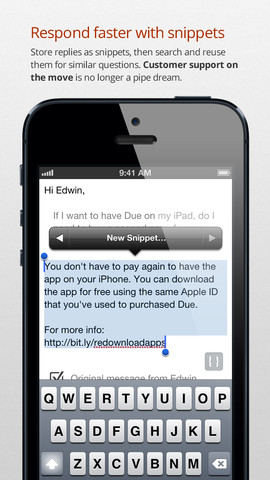 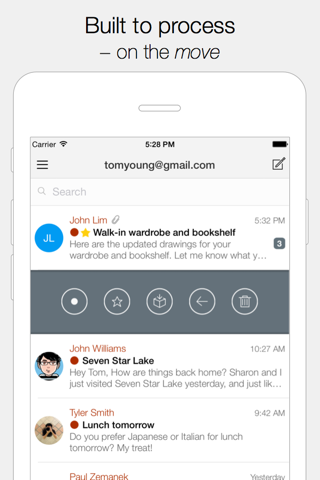 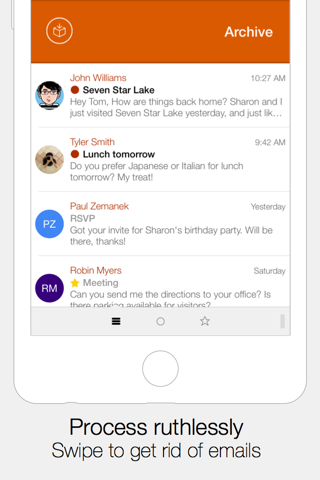 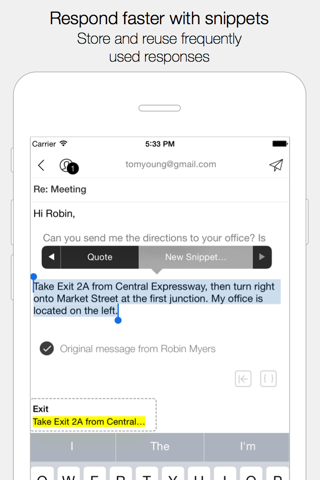 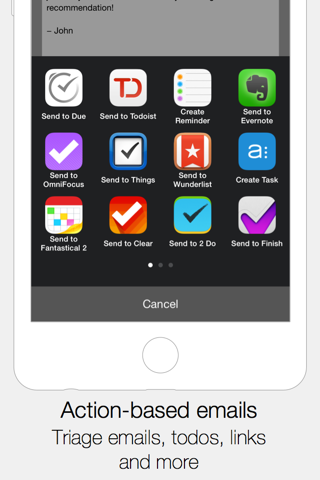 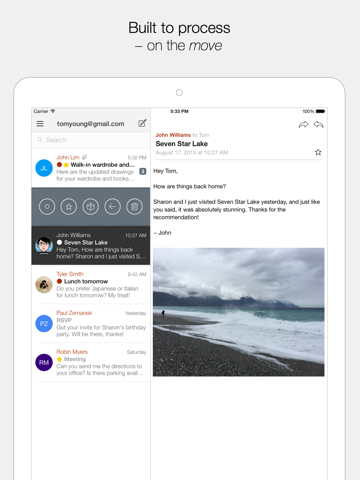 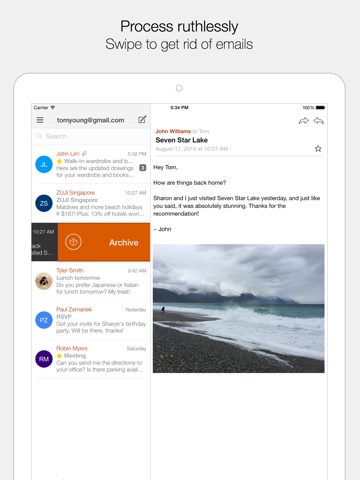 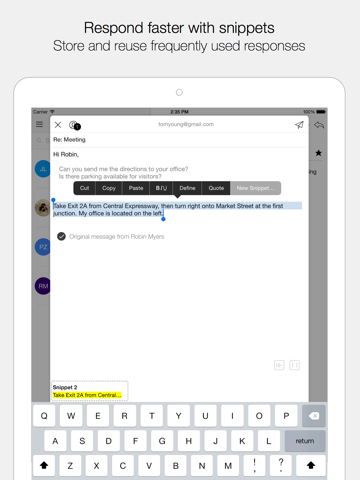 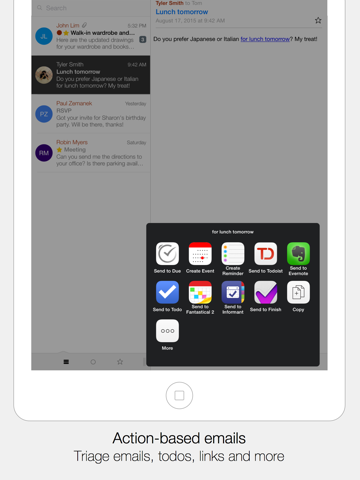 This app is popular with:
advanced userspower users