.
Overall Satisfactionc95
Amazing game play and awesome visuals and sound.
Don't get me wrong this is definatly one of my favorite games.
The Update made it even better with new themes.
I totally recommend this game to anyone who likes insightful and amok games.
Add some new themes along with new music.
great game love the challenge the different color schemes.
Thank you for putting such a great game on the App Store.
Fun & Engagingc91
It's a VERY fun game to play especially on the iPad.
It's a great game to play when you're bored or waiting for something.
Awesome game keeps you busy a must have for all apps.
Most exciting and fun and addicting game I've ever played love it.
The game is hard to put down and is super fun.
But a tiny bit matters since this is very fast pace.
Usefulnessc94
everything about this game is pleasing to my face-holes.
everything about this game is amazing.
I play it everyday.
Replay Valuec93
It's a very challenging game that puts your mind to the test.
Challenging gameplay that keeps you playing.
Easy to understand hard to master makes a great game.
They should add more levels after unicorn.
No skill involved and very repetitive.
or new levels.
Production Valuesc96
Amazing game play and awesome visuals and sound.
Super fun and challenging beautiful sound effects too.
all held together by cool graphics.
Nice sound effects and particle effects.
smooth animation.
Good music and graphics.
good combo of arcade action with iphone interface.
nice visuals great controls keep it up.
Ease of Usec95
Most exciting and fun and addicting game I've ever played love it.
nice simple game that progressivly gets faster and harder.
Reliabilityc41
Ads not Intrusivec75
This is the funnest dodging game I've played in a LONG time. found in 10 reviews
Super fun and challenging beautiful sound effects too. found in 8 reviews
This game is a combination of smash hit and flappy bird. found in 5 reviews
and I find myself playing it very often to kill time. found in 12 reviews
This is the best fast paced game in the world. found in 4 reviews
Still a very nice game though. found in 3 reviews
It is a good time passer and is challenging. found in 4 reviews
This is really cool game because it isnt slow and its funny. found in 5 reviews
I think that this needs a pause button on screen while playing. found in 3 reviews
Except for the new name. found in 1 reviews
Please remove the ads. found in 2 reviews
but some improvements are needed. found in 1 reviews
Great game but annoying ads. found in 1 reviews
it would be great to have a save spot. found in 1 reviews
But auto playing video ads. found in 2 reviews
but the game gets faster and more challenging as time progresses. found in 5 reviews
except I have a bug where my high score gets deleted. found in 2 reviews
It gets really annoying. found in 2 reviews
Great game except. found in 4 reviews
But why did you add so many ads. found in 1 reviews
This game is very addicting but very repetitive. found in 3 reviews
Please make an update to fix this problem. found in 10 reviews
but keeps me coming back for more. found in 2 reviews
Great game but always crashes :. found in 1 reviews
But i hate the new name change it back. found in 5 reviews
I don't want to miss out on this game. found in 3 reviews
I just wonder if there is an option to remove ads. found in 13 reviews
But could be better if there where different modes to it. found in 8 reviews
No skill involved and very repetitive. found in 3 reviews
Ok if you have quick reflexes. found in 2 reviews
ads show up In Game. found in 2 reviews
Please make an update to fix this ^^^. found in 10 reviews
Also please remove the ads or make us pay $1 to remove it. found in 2 reviews
Fix this or I am deleting this game. found in 2 reviews
The new update ads more ads. found in 2 reviews
but glitches happen more than often. found in 2 reviews
If you are iPhone and iPad owner,you now can download dEXTRIS for free from Apple Store. The application is designed for use in English language. It weighs in at only 4.7 MB to download. It is highly advisable to have the latest app version installed so that you don`t miss out on the fresh new features and improvements. The current app version 1.0 has been released on 2014-05-08. The Apple Store includes a very useful feature that will check if your device and iOS version are both compatible with the app. Most iPhone and iPad are compatible. Here is the app`s compatibility information: Requires iOS 5.1.1 or later. Compatible with iPhone, iPad, and iPod touch. This app is optimized for iPhone 5.
More Info: Find more info about dEXTRIS in Chaotic Box`s Official Website : http://www.chaoticbox.com/dextris.php

AVOID THE SPIKES Like hard games? Dodge spikes at super speed using a cool new "magnetic" control scheme. Scrape along the sides, hover through the middle, or squeeze by at the last millisecond by splitting in ... 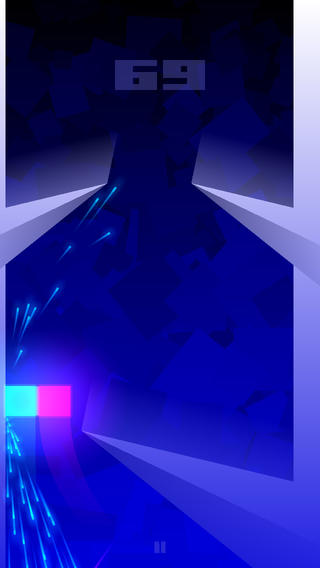 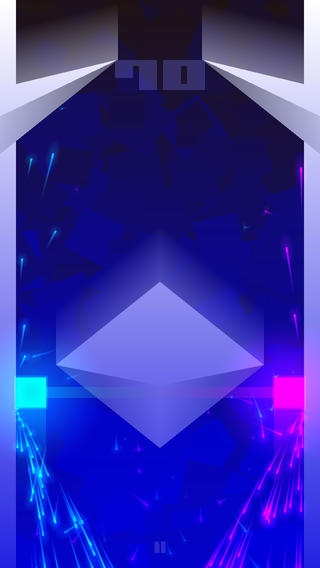 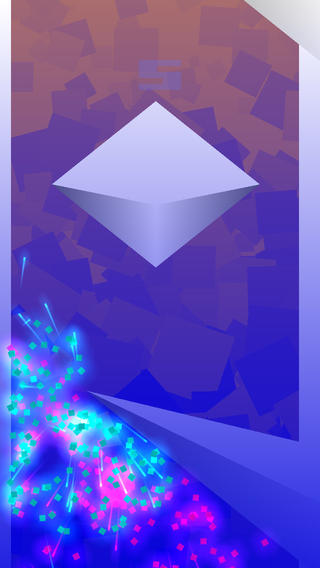