The DC Courts is now available for $1.99 for both iPhone and iPad owners.The application is designed for use in English language. It weighs in at only 30.7 MB to download. It is highly advisable to have the latest app version installed so that you don`t miss out on the fresh new features and improvements. The current app version 1.0 has been released on 2014-11-13. For ensuring consistency with the device you should take into account the following app compatibility information: Compatible with iPhone, iPod touch, and iPad. Requires iOS 4.3 or later.
Bottom Line: For more information about DC Courts check developer KosInteractive LLC`s website : http://www.kosinteractive.com

Designed for lawyers, paralegals, legal secretaries, judges, law professors, and law students, this app contains the full text of all of the rules needed by most DC practitioners. Additionally, this app provides the names and ...

Very good app for quick reference My only suggestion is to have a table if contents for the Rules and quick links to the same so you dont have to scroll like mad Other than that great job Please consider additional a for MD and VA              Good App
By Kostas Gar.
​ 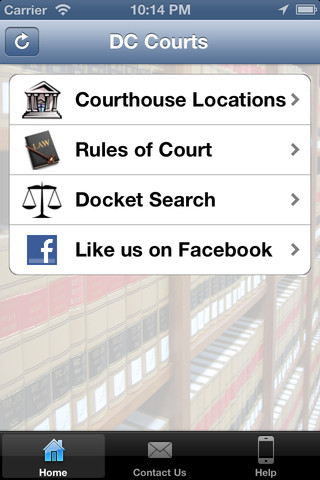 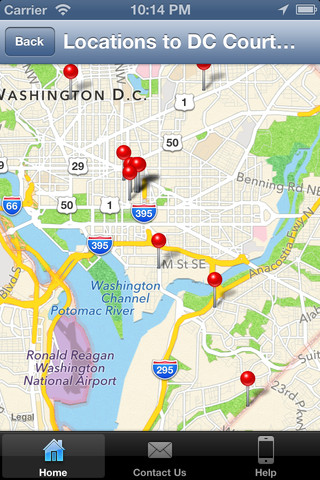 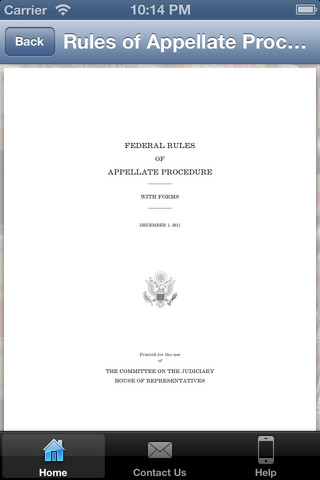