The Close By Pen is now available for $2.99 for both iPhone and iPad owners.The application is supporting different languages: English, French, German, Japanese, Simplified Chinese, Traditional Chinese. It weighs in at only 7.1 MB to download. It is highly advisable to have the latest app version installed so that you don`t miss out on the fresh new features and improvements. The current app version 2014.6.13 has been released on 2014-06-22. For ensuring consistency with the device you should take into account the following app compatibility information: Requires iOS 6.0 or later. Compatible with iPhone, iPad, and iPod touch. This app is optimized for iPhone 5.
More Info: Find more info about Close By Pen in Jian Song`s Official Website : http://www.59186618.com

Two players alternately put a horizontal or vertical mark inside a zoomable diamond frame. A square is conquered if a player puts the last enclosing mark. The player who fills a square is allowed to ...
​ 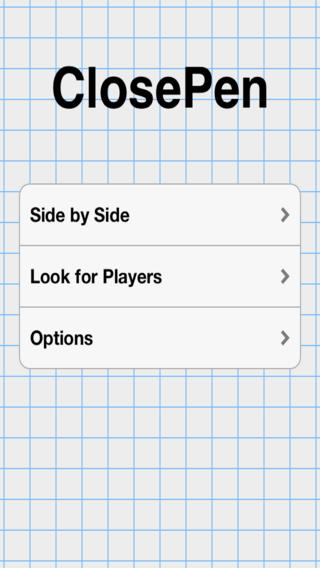 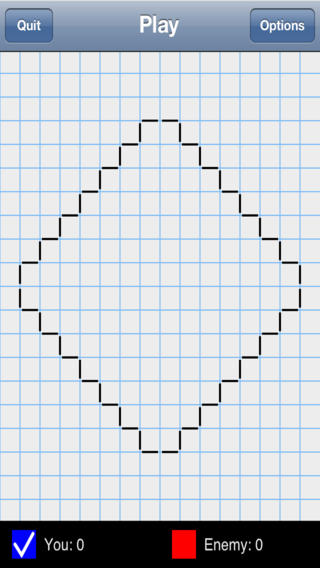 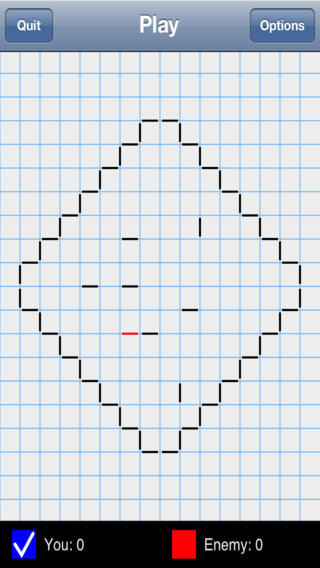 More in Games -Close By Pen