.
Overall Satisfactionc27
Love playing this game on my computer and phone.
Overall I give safari 4 stars as it's one of my favorite games.
Loved this game and is so happy they made an app version.
It's has been my favorite game on Facebook for a year now.
Bubble Safari is the best bubble game I've found anywhere.
This game is the best broken bubble shooter out there.
Fun & Engagingc35
Entertaining but I keep having to start the same levels over :.
This game is fun and addicting.
This is an awesome game thank you very much.
It was an awesome game until the last few updates.
I Love this game when it works.
This game is very fun and challenging.
This game is so cute AND super fun to boot.
This game would be super fun only if it didnt freeze.
At first update made the game freeze.
Usefulnessc20
Next time I lose EVERYTHING I'll delete the game.
Value for Moneyc19
for which I pay real money.
real money.
it is possible to beat the levels without buying more levels.
Replay Valuec26
Entertaining but I keep having to start the same levels over :.
This game is very fun and challenging.
Production Valuesc27
has a tendency to freeze up and cause glitches during game play.
Love this game play when ever I can.
Reliabilityc21
I'm waiting for it to be fixed in an update.
At first update made the game freeze.
Security & Privacyc19
Updates & Supportc22
sent a few kind notes to customer service.
Love the iPhone version better than Facebook version.
vary similar to fb version.
Update makes game freeze.
Bubble island. found in 5 reviews
I love my monkey game. found in 5 reviews
What a wonderful mindless fun game. found in 6 reviews
Seems to be only when I'm logged into facebook. found in 8 reviews
Addicting just like the pc version. found in 2 reviews
Very therapeutic puzzle game. found in 3 reviews
The best bubble shooter game ever made. found in 4 reviews
000 pts on level 188. found in 3 reviews
This game is very fun and challenging. found in 32 reviews
Every person saying neg things means its time to fix the glitches. found in 24 reviews
After this last update the app keeps freezing and crashing on me. found in 14 reviews
It's a very entertaining game but it freezes TOO MUCH. found in 10 reviews
NOW the game won't load and I'm left with a blank screen. found in 105 reviews
But every time I get power ups I can't use them. found in 111 reviews
which makes some levels impossible to beat at that time. found in 106 reviews
Loved playing but after update it will not save my progress. found in 64 reviews
I wish you didn't have to wait for your energy to refill. found in 67 reviews
Love this game but it doesn't connect to FB account. found in 77 reviews
Every time I press on "play" the game crashes. found in 55 reviews
I LOVED this game until it started crashing all the time. found in 126 reviews
Really frustrating that it won't let me log into Facebook. found in 37 reviews
If they would fix the freezing problem I'd rate it 5 stars. found in 29 reviews
It won't let me play past level 13. found in 54 reviews
The game constantly takes forever to load and has connectivity issues. found in 23 reviews
Says there is no Internet connection when there really is. found in 60 reviews
Tried to connect to Facebook keeps saying connecting to server. found in 265 reviews
Problem needs to be fixed before I will play any longer. found in 102 reviews
Glad I didn't pay for something which I can't advance to the next level. found in 76 reviews
I used to love playing this game until the recent updates. found in 167 reviews
Don't get this app unless you plan on playing the same levels over and over again. found in 92 reviews
Seriously I loved this game but now I'm deleting. found in 126 reviews
I can't play this game anymore after the last 2 updates. found in 125 reviews
Just downloaded iOS 7 and now the game won't even open. found in 105 reviews
After level 20 it's impossible to win without spending money on upgrades. found in 92 reviews
Something needs to be fixed to restore everyone's progress. found in 102 reviews
Since the update I haven't been able to connect to FB. found in 77 reviews
Like playing this game but constantly locks up and freezes. found in 164 reviews
This used to be my favorite game until the update. found in 102 reviews
If you don't mind playing the same level over and over again. found in 73 reviews
This is one of my favorite games minus the random freezing issues. found in 133 reviews
Around level 55 this game becomes impossible to beat without paying for powerups. found in 106 reviews
can't ever really use the power ups because it's too expensive. found in 111 reviews
next to impossible to pass some levels without spending money. found in 107 reviews
Impossible to beat levels in the 180's without buying cash for assistance. found in 105 reviews
Game resets you back to level one after FORCED updates. found in 512 reviews
Won't connect to Facebook even though permissions set to allow. found in 265 reviews
If you are iPhone and iPad owner,you now can download Bubble Safari™ for free from Apple Store. The application is available in multiple languages: English, Chinese, Czech, Dutch, French, German, Italian, Japanese, Korean, Polish, Portuguese, Russian, Spanish, Swedish, Turkish. It weighs in at only 46.5 MB to download. The new Bubble Safari™ app version 1.0.2 has been updated on 2014-11-15. For ensuring consistency with the device you should take into account the following app compatibility information: Compatible with iPhone 3GS, iPhone 4, iPhone 4S, iPhone 5, iPod touch (3rd generation), iPod touch (4th generation), iPod touch (5th generation) and iPad. Requires iOS 5.1 or later. This app is optimized for iPhone 5.

Note: Compatible with iPhone 4, 4S and iPhone 5. Requires iOS 5.1 or later. Disarm the Poachers and collect fruit in this arcade style match 3 shooter game. Use special Boost Bubbles to clear the board ...
​ 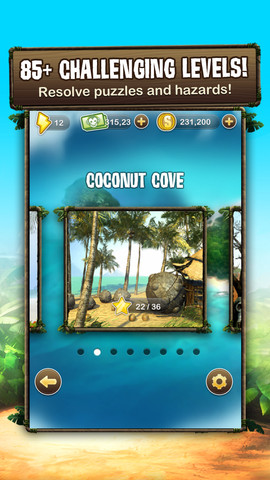 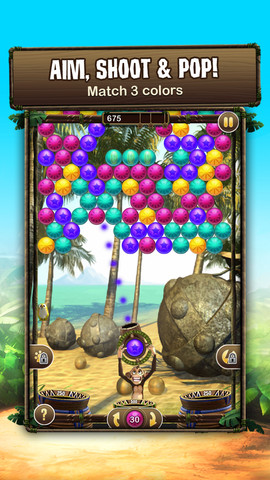 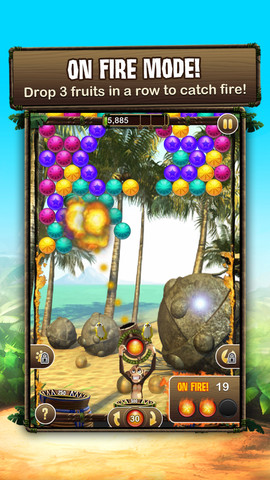