.
Overall Satisfactionc81
Addictive fun and one of the best glu games out there besides gunbros.
Bombshells and Gun Bros are officially my favorite games.
Totally fun and amazing game.
I recommend this game to anyone who loves sexy pilot girls.
Probably the most fun first person plane game I've ever played.
Free good quality game.
Tiss game the best game I ever played in my life :.
Fun & Engagingc80
Awesome game could have done lil more work on the planes.
Game crashes all the time and have not seen any improvement in other issues.
This is a very fun game.
Very disappointing since it is a very fun game.
Super fun to fly very realistic flight maneuvers.
campaigns - a very addictive game.
Very engaging and hard to put down.
its fun and challenging.
Great game easy to play and awesome graphics.
Value for Moneyc44
Enjoyable even without spending a lot of money.
You can't get anywhere without spending a decent amount of money.
Replay Valuec60
its fun and challenging.
Hours of fun for any age.
Hours of fun.
Social Aspectsc49
some of the weapons in single player are insanely OP.
Production Valuesc78
Great game - simple with good game play and solids graphics.
Super graphics great gameplay and anime girls soooooo seeeexxxy.
Nice story line cool graphics and interactive game play.
Ease of Usec74
It's easy to control and the levels are really well designed.
just a little hard to control.
The controls are simple and the weapons are fun.
The graphics are wonderful controls are simple.
Reliabilityc43
Game crashes all the time and have not seen any improvement in other issues.
Updates & Supportc12
Batteryc44
Hours of fun for any age. found in 2 reviews
Fast paced action and great game play. found in 4 reviews
Great for all ages. found in 1 reviews
Try RAGE OF BAHAMUT It's the best game in the app store. found in 1 reviews
I rather enjoy the aerial combat and the controls work great. found in 4 reviews
Super graphics great gameplay and anime girls soooooo seeeexxxy. found in 10 reviews
Very addictive and loads of fun. found in 5 reviews
I like the tight controls and the art style. found in 4 reviews
Amazingly high quality for the price tag. found in 2 reviews
Nice story line cool graphics and interactive game play. found in 3 reviews
Best Third person Flight Action Game of the Year. found in 3 reviews
It feels like playing warhawk on PS3 with motion control. found in 5 reviews
Is a very nice game. found in 5 reviews
It has a great control scheme and engaging combat. found in 14 reviews
Too many ads trying to get you to buy stuff. found in 32 reviews
needs content and price changes. found in 2 reviews
The game keeps crashing and closes while trying to play. found in 4 reviews
Please add another control scheme other than tilt. found in 3 reviews
Calibration doesn't work. found in 1 reviews
Game crashes all the time and have not seen any improvement in other issues. found in 20 reviews
So now you make less money but have to spend more. found in 16 reviews
It's a great concept but glitches and freezes way to much. found in 10 reviews
Fun but needs work. found in 2 reviews
PLEASE ADD DUAL STICK. found in 1 reviews
Need to fix the crashes. found in 10 reviews
but a fun little arcade shooter. found in 2 reviews
also way OVERPRICED items for very little progress. found in 2 reviews
Great game but crashes need to be fixed. found in 5 reviews
Great but multiplayer needs work. found in 3 reviews
Then I have to wait for the game to load LONGER. found in 14 reviews
Piece of crap always want to fix something that's not broken. found in 10 reviews
It crashes whenever I try to play the campaign. found in 4 reviews
Excellent game but crashes a lot. found in 5 reviews
This game keeps crashing and when i got it again. found in 4 reviews
Crashes on iPad mini before I can even play. found in 6 reviews
You can't get anywhere without spending a decent amount of money. found in 6 reviews
EXTREMELY UNSTABLE AND CRASHES WAY TO MUCH. found in 10 reviews
It take to load game and missions. found in 14 reviews
The Bombshells: Hell`s Belles is now available as a free download on Apple Store for both iPhone and iPad owners.The application is supporting English language. It weighs in at a hefty 360 MB, so make sure you have plenty of free space on your iOS device. The new Bombshells: Hell`s Belles app version 1.1.0 has been updated on 2014-11-29. The Apple Store includes a very useful feature that will check if your device and iOS version are both compatible with the app. Most iPhone and iPad are compatible. Here is the app`s compatibility information: Compatible with iPhone 3GS, iPhone 4, iPhone 4S, iPod touch (3rd generation), iPod touch (4th generation) and iPad. Requires iOS 4.3 or later.
Bottom Line: For more information about Bombshells: Hell`s Belles check developer Glu Games Inc.`s website : http://www.glu.com

These sexy pilots love fast planes, big guns, and shooting TOOL out of the sky. FAST-PACED AERIAL COMBAT Bombshells will take you directly to the danger zone with unique environments, devious enemies, and ridiculous weapons GUNS, LOTS OF ... 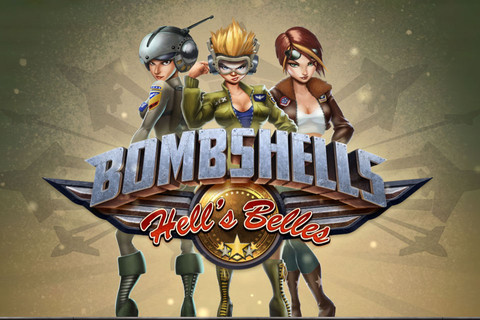 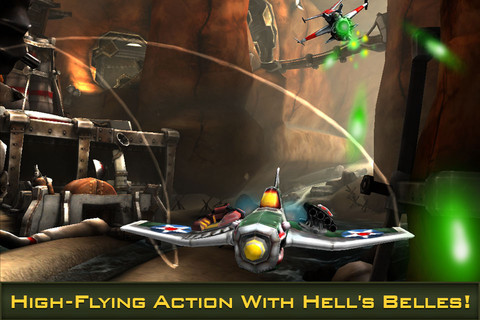 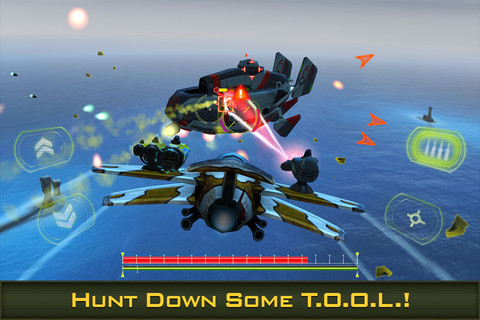