The BanjirOnline Tweets is now available as a free download on Apple Store for iOS owners. The application is supporting different languages: English, German, Northern Sami, Spanish. It weighs in at only 5.5 MB to download. It is highly advisable to have the latest app version installed so that you don`t miss out on the fresh new features and improvements. The current app version 1.0 has been released on 2014-11-28.
More Info: Find more info about BanjirOnline Tweets in Bart Thonus`s Official Website : http://banjironline.co.id

BanjirOnline Tweets is a crowd sourcing application that counts the amount of tweets on floods for 261 wards in Jakarta. During heavy rain, people can follow where floods have been reported. The user can: - Follow ...
​ 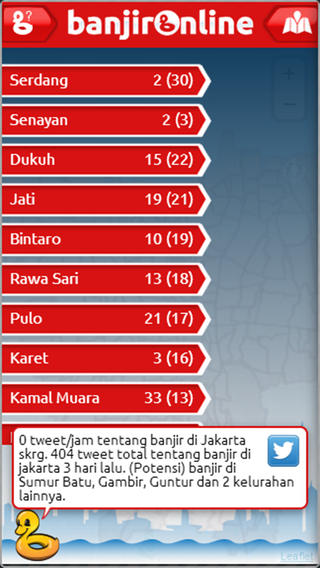 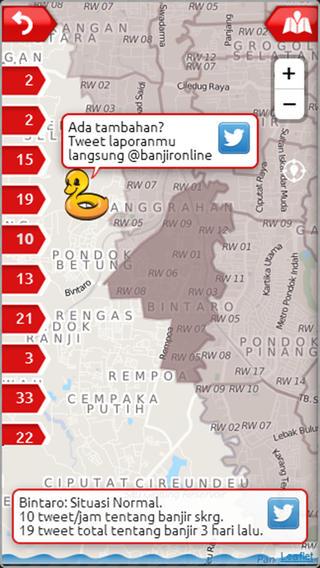 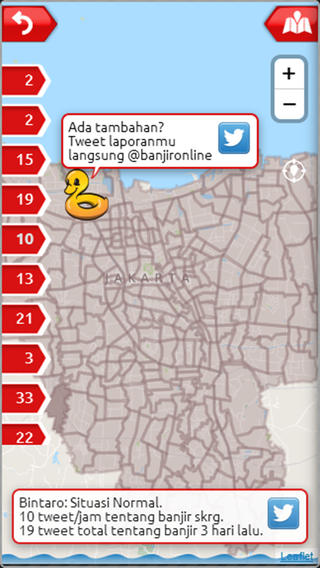 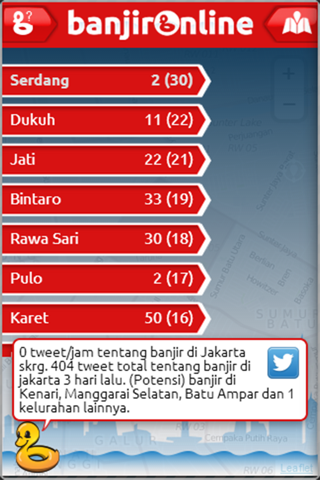 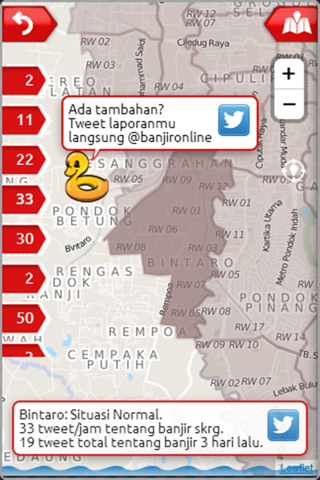 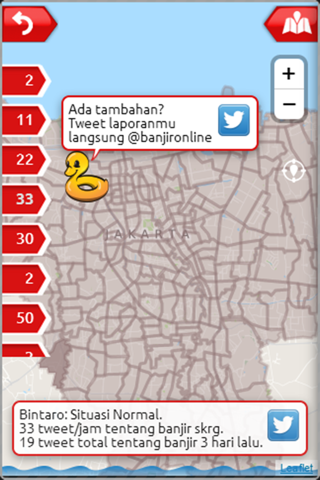 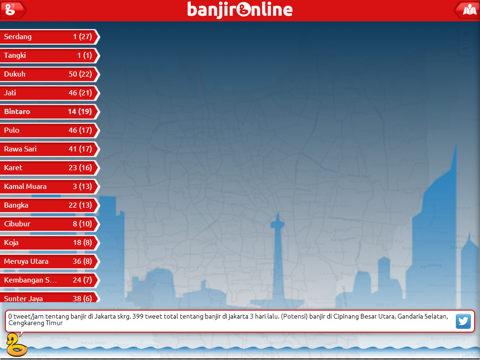 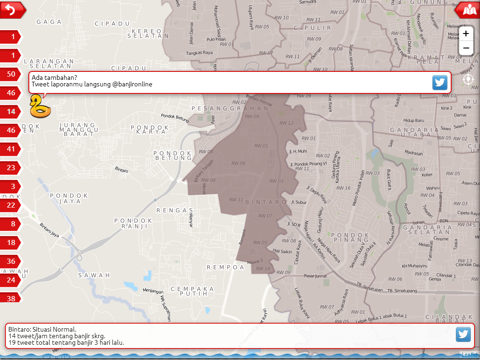 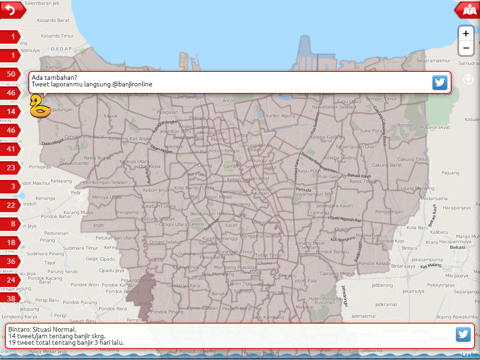