.
Overall Satisfactionc91
This is an extremely practical app - best bang for the buck.
It really is the best utility app in the App Store.
I especially like the flashlight and tip calculator.
The best 99 cents I have spent on my phone.
Tons of great free apps that will keep you entertained.
It's far better than the first one and it was fantastic.
This is well done one of the best iPhone apps I have seen.
Much better than appzilla 1.
Fun & Engagingc91
Lots of handy gadgets & lots of fun stuff to play with.
Also a bunch of apps that are fun to mess around with.
This app is loads of fun and has many really useful items.
Obviously I still have a lot more features to explore.
It has everything I need and some fun stuff to play around with.
Awesome collection of gadgets.
so many awesome features in one app.
So many useful and just plain fun features in one place.
Usefulnessc90
It's got some useful tools and some not so useful.
Really no useful tools.
Many useful apps and a favorite of my grandkids.
Lots of really helpful apps both for fun and helpful.
What more could you ask for everything you need in one app.
some of witch may actually come in handy in everyday life.
This app is cool I use it almost every day.
Lots of fun and helpful stuff.
A simply amazing app :D saved money and saves time.
Family Friendlyc95
This app keeps me and my kids entertained for hours.
This app keeps the kids entertained.
My whole family loves this app.
The whole family loves it.
Production Valuesc84
I love the retina display and the awesome sound effects.
I'd recommend it just for the cool sound effects.
Ease of Usec67
Great collection of simple apps.
Many small and simple apps.
Amazing collection of apps all in one convenient place.
It contains so many apps in one convenient place.
Reliabilityc75
Updates & Supportc70
Has 90% of the same stuff of the 1st version.
Rating for new updates.
Batteryc100
I hope they add more functionality to the battery app though.
I use the battery app all the time.
Appzilla 2 is everything the iPhone itself should be. found in 463 reviews
Wow what a selection of apps I never knew I needed. found in 5 reviews
It's ok but needs more stuff too entertain you. found in 3 reviews
but freaked my gf out with the fake text part. found in 11 reviews
It's a good app but needs more useful stuff. found in 4 reviews
Horoscope crashes please fix thank you. found in 5 reviews
Some apps are useless and appear odd but some are handy. found in 36 reviews
Some really cool stuff and some really useless junk. found in 3 reviews
the only thing is that the horoscope doesn't work. found in 5 reviews
However they need to fix bugs with the new iOS 5. found in 6 reviews
but please work on the horoscope app and the barcode scanner. found in 21 reviews
Some apps crash but overall it's all right. found in 9 reviews
4 stars until the lyrics app is back on it. found in 9 reviews
some of the cooler apps don't work my 3rd generation iPod. found in 16 reviews
It has some useful stuff but a lot of junk too. found in 5 reviews
My favorites are the fake call /text and the matching. found in 12 reviews
Not that great has a bunch of useless apps. found in 7 reviews
and when I tried the days until app. found in 4 reviews
For 99 cents you can't go wrong with this app. found in 4 reviews
Has some of the most pointless apps in the world. found in 8 reviews
A lot of useless app's with a few cool ones. found in 22 reviews
If you bought the first appzilla. found in 4 reviews
needs more useful apps. found in 4 reviews
Not compatible with iPhone 4 and iOS 5. found in 6 reviews
and the price scanner were a joke. found in 6 reviews
Camera not working and new iOS 6. found in 3 reviews
Really just a bunch of useless apps I will practically never use. found in 7 reviews
The design is hideous and most of the apps are useless. found in 36 reviews
I don't need an app that makes fart sounds. found in 3 reviews
anger inducing advertisement for version 3. found in 3 reviews
This is a total scam. found in 3 reviews
Just a lot of junk. found in 5 reviews
This is a waist of money. found in 3 reviews
Don't waste ur money. found in 5 reviews
A lot of useless stuff this is definitely quantity over quality. found in 22 reviews
If you are iPhone and iPad owner,you now can download AppZilla 2 - 100 in 1! for free from Apple Store. The application is designed for use in English language. It weighs in at a hefty 102 MB, so make sure you have plenty of free space on your iOS device. It is highly advisable to have the latest app version installed so that you don`t miss out on the fresh new features and improvements. The current app version 3.6 has been released on 2014-11-03. For ensuring consistency with the device you should take into account the following app compatibility information: Compatible with iPhone, iPod touch, and iPad. Requires iOS 4.2 or later.
More Info: Find more info about AppZilla 2 - 100 in 1! in Fossil Software`s Official Website : http://www.fossilsoftware.com 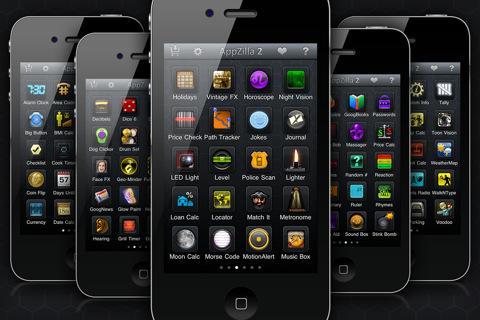 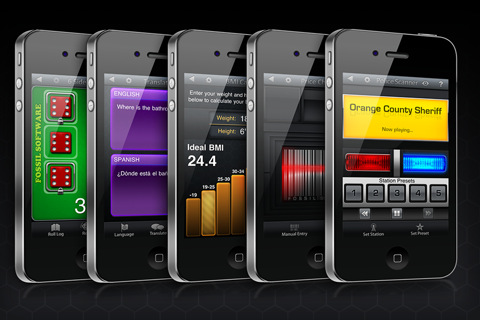 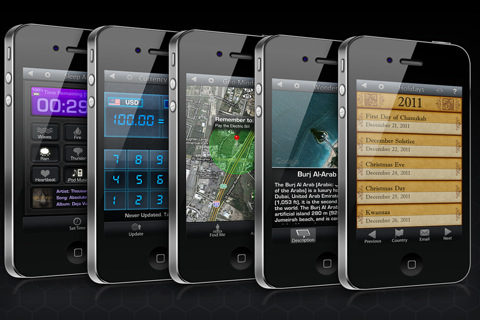