The Anchor`s voice-Text to speech is now available for 0.99 for both iPhone and iPad owners.The application is available in multiple languages: English, French, German, Italian, Japanese, Russian, Simplified Chinese, Spanish, Traditional Chinese. It weighs in at only 10.4 MB to download. It is highly advisable to have the latest app version installed so that you don`t miss out on the fresh new features and improvements. The current app version has been released on 2021-02-25. For ensuring consistency with the device you should take into account the following app compatibility information: Requires iOS 12.0 or later. Compatible with iPhone, iPad, and iPod touch.
More Info: Find more info about Anchor`s voice-Text to speech in 磊 聂`s Official Website : http://yinyuecat.com/tts/support-en.html

Anchor`s voice is a simple and easy-to-use text-to-speech software, you can easily create the speech by text. Professional or beginner can easily get started. The main function: 1. You can choose various types of voice anchors to dub 2. ...
​ 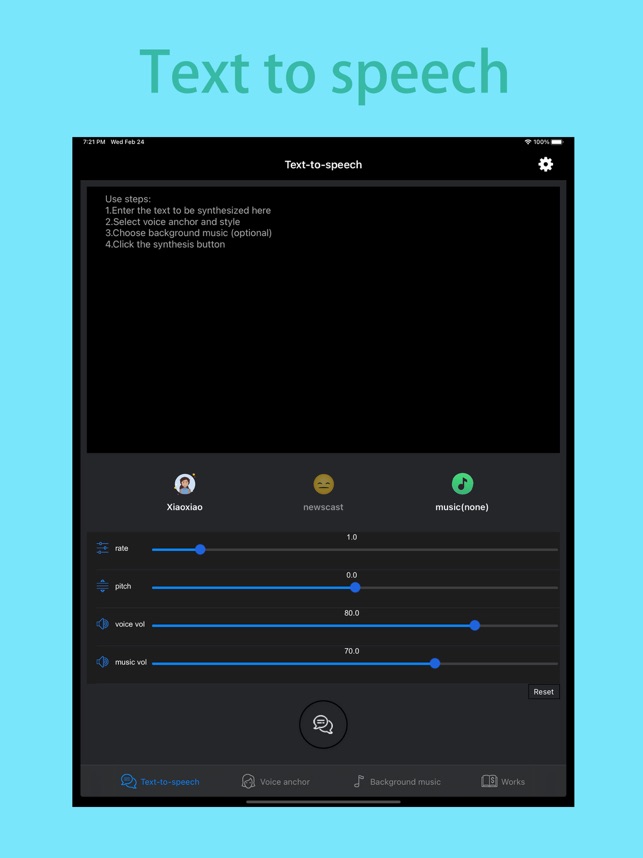 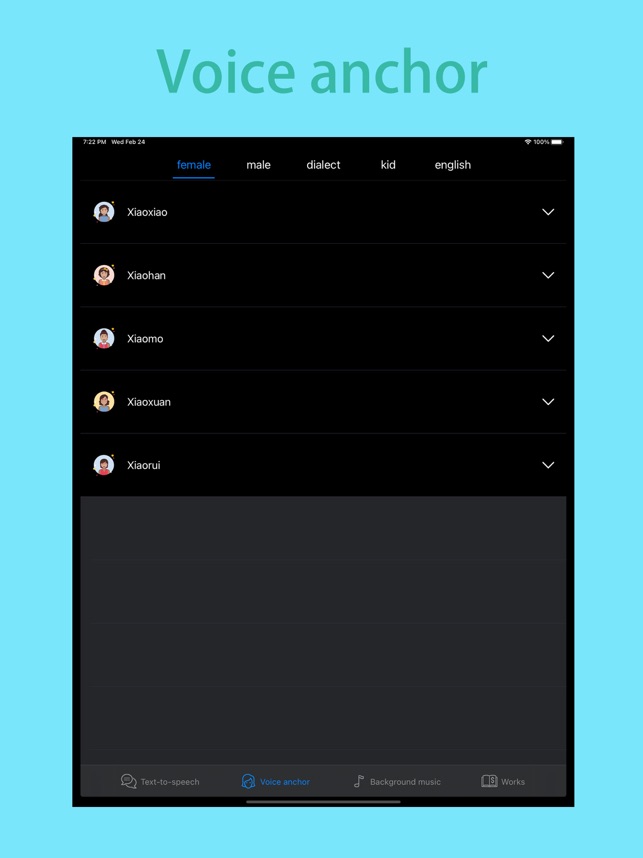 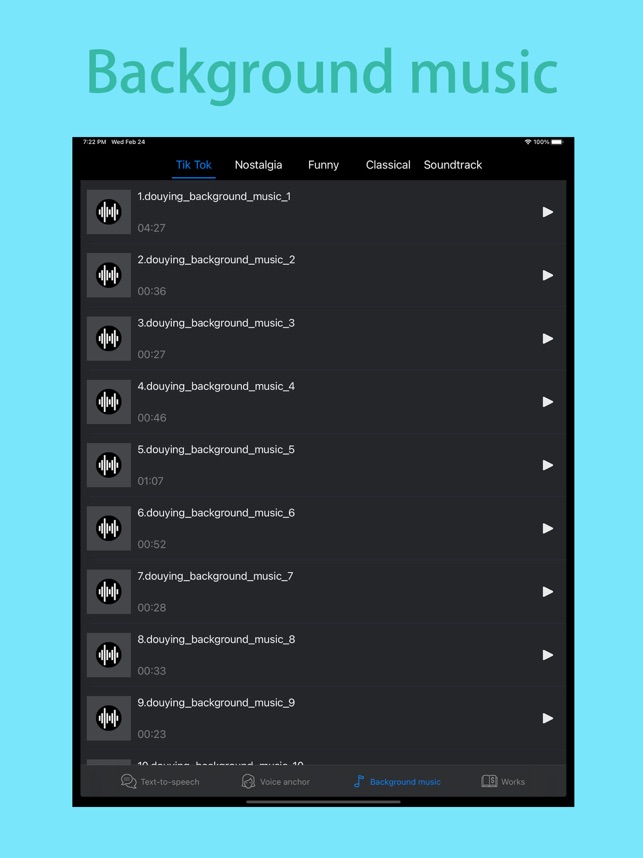