The AK Lucky Numbers - US Version is now available for $0.99 for both iPhone and iPad owners.The application is supporting English language. It weighs in at only 3.2 MB to download. It is highly advisable to have the latest app version installed so that you don`t miss out on the fresh new features and improvements. The current app version 1.0 has been released on 2014-08-28. For ensuring consistency with the device you should take into account the following app compatibility information: Requires iOS 6.0 or later. Compatible with iPhone, iPad, and iPod touch. This app is optimized for iPhone 5.
Bottom Line: For more information about AK Lucky Numbers - US Version check developer the App Kitchen`s website : http://www.theappkitchen.co

Get Lucky Inspire yourself on which numbers to buy for the next lottery Add numbers which appear around you, such as car plate licence numbers, birthdays, postal codes, and etc. to inspire the number generator Toss a coin ...

Fun to play around with And you might actually get a winning number from it Who knows           Cute app
By Kostas Gar.
​ 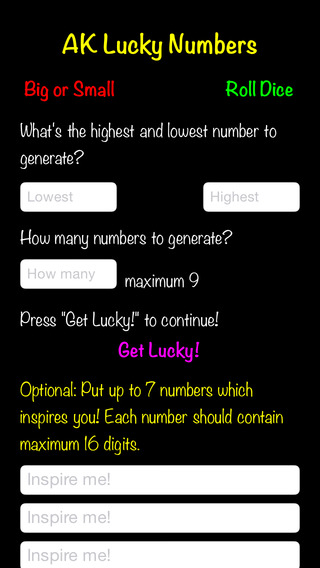 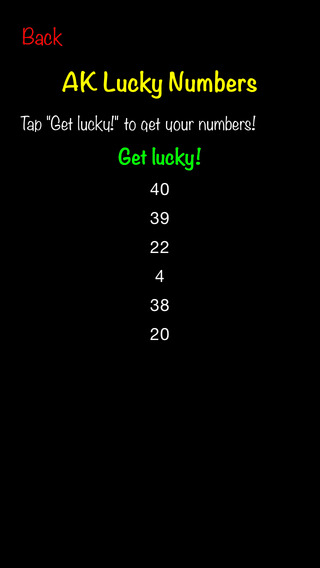 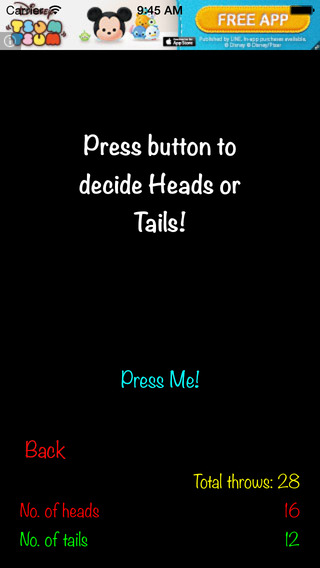