for meeting attendees only. found in 1 reviews
note taking is also available in the exhibitors module. found in 1 reviews
The AHCA/NCAL 2014 is now available as a free download on Apple Store for both iPhone and iPad owners.The application is supporting English language. It weighs in at only 42.0 MB to download. It is highly advisable to have the latest app version installed so that you don`t miss out on the fresh new features and improvements. The current app version 1.0 has been released on 2014-09-19. For ensuring consistency with the device you should take into account the following app compatibility information: Requires iOS 6.0 or later. Compatible with iPhone, iPad, and iPod touch. This app is optimized for iPhone 5.
More Info: Find more info about AHCA/NCAL 2014 in CadmiumCD LLC`s Official Website : http://www.eventScribe.com

FOR MEETING ATTENDEES ONLY The AHCA/NCAL 2014 mobile application allows you to view presentations, speaker details, and exhibitors from the conference. Users can take notes adjacent available presentation slides and draw directly on slides inside ...

I found this app to be quite helpful while navigating the sessions throughout the AHCA Convention Having the slides on my device was great since the projection screen was often quite a distance from my seat One item I would put on my wish list is the ability to send the session slides as a group via email rather one by one which became quite laborious              Great Resource
By Kostas Gar.
​ 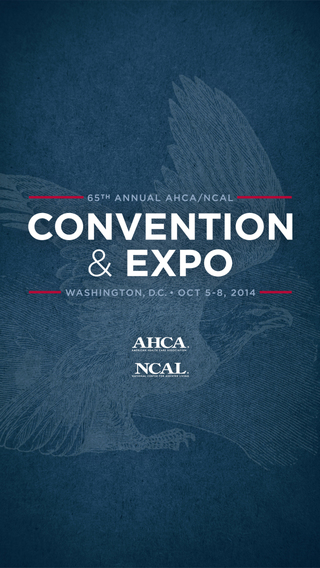 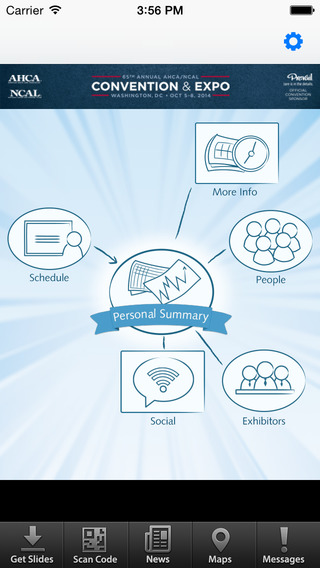 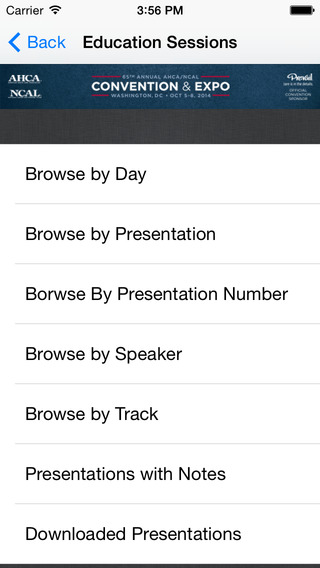