A Thug In Time

Description - A Thug In Time

Destructamobile , the publisher behind many iOS app (A Thug In Time ,Jumpy Time), brings A Thug In Time with a number of new features along with the usual bug fixes. A Thug In Time app has been update to version 1.0 with several major changes and improvements. App release that improves performance, provides several new options.
.

The A Thug In Time is now available as a free download on Apple Store for both iPhone and iPad owners.The application is designed for use in English language. It weighs in at a hefty 397 MB, so make sure you have plenty of free space on your iOS device. It is highly advisable to have the latest app version installed so that you don`t miss out on the fresh new features and improvements. The current app version 1.0 has been released on 2014-11-03. For ensuring consistency with the device you should take into account the following app compatibility information: Compatible with iPhone 3GS, iPhone 4, iPhone 4S, iPhone 5, iPod touch (3rd generation), iPod touch (4th generation), iPod touch (5th generation) and iPad. Requires iOS 5.0 or later. This app is optimized for iPhone 5.
More Info: Find more info about A Thug In Time in Destructamobile`s Official Website : http://www.destructamobile.com/athugintime

A Thug In Time is a top-down shooter that takes you on a journey through time Kai is a chosen time traveler, instructed to collect time crystals scattered throughout time, in order to save humanity ...

The weapons are AMAZING I am having so much fun with this game                 LOVE IT
First review                 1
These developers clearly do not know how to put together a game And if you are wondering why there arent any other reviews is because they are all bad which the developers dont want to advertise so they rather just have no reviews than having bad ones These developers need to go back to school and learn something     Do not buy
Njjc                 Its AWESOME
Cool beans                 Wow
Update Well I gave it another shot but now I cant even get to the first level Im also playing on an iPhone and I dont know if this effects anyone else but when we have certain weather conditions in our area rain I have connection probs This being said whoever posted that this is a lousy game Im here to say that I liked the one level I was able to play so much that Im irritated that I cant play more Whats fair is fair looks like a cool game to me so give it a try This game seems awesome Too bad I can only play the first level Ive tried this three 3 times thus far the game goes through its intro and then the first level begins I am able to play the first level in its entirety it then begins loading the second level and then crashes after a few seconds Ill make another attempt at playing this game later on this evening with the hope that it will work for me           Fun game BUT
Yeah nice game                 Yeah
By Kostas Gar.
​ 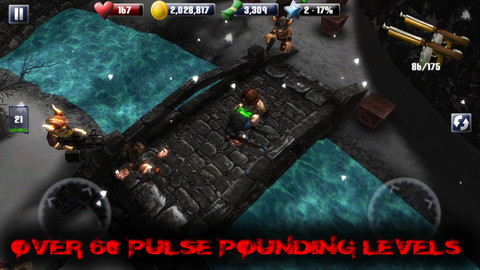 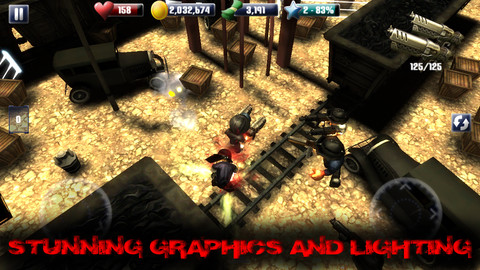 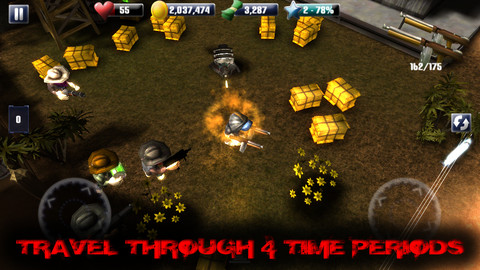 More in Games -A Thug In Time