2Do: Tasks Done in Style

Description - 2Do: Tasks Done in Style

.
Overall Satisfactionc90
2do is by far the best to do list app I've used so far.
This is by near and far the best task management app out there.
This is the third To Do Application that I have tried.
Amazing - THE BEST To Do Program in the App Store.
changed to 5 stars now that they gave it iPhone 5 support.
Update: needs iPhone 5 4inch screen compatilibility ASAP.
I have found this app so much better than Things.
Thanks 2do.
After months of use this is still the best todo manager.
Fun & Engagingc84
Can you add swipe to delete like in awesome note app.
I thought about getting Awesome Note instead.
By far the most robust todo ap I've used.
This is an awesome Todo list.
Usefulnessc89
effective which makes you more likely to use it for everything.
Works just as advertised and makes keeping track of everything a breeze.
Its many useful features makes it a fully functional productivity tool.
Amazingly useful and quite fairly priced.
2Do Ap INDISPENSIBLE - I USE IT MANY TIMES EVERY DAY.
Repeat Valuec86
and want to mark different tasks at different priority levels.
the priority levels are pre-set.
Production Valuesc77
I wish toodledo would format their web interface like 2dos.
Syncs easily with mobile me and the interface is beautiful.
Ease of Usec86
you can truly make this as simple or complex as you need.
Intuitive easy -to-use implementation and a beautiful interface.
add tasks and really expand from just a simple todo list.
It's very versatile and easy to use.
Highly intuitive design.
Reliabilityc50
Ads not Intrusivec58
The only downside is the incessant pop ups asking me to review.
This allows me to re -schedule with ease.
Security & Privacyc81
It integrates perfectly with my mobileme account.
Sync to your MobileMe account.
especially if you do not already have a MobileMe account.
I haven't experienced any syncing problems using a free Toodledo account.
It is inexpensive and syncs nicely with Mg toodledo account.
I also love that I can password protect folders.
Love that you can password protect.
Updates & Supportc88
Started with the lite version and upgraded to the pro.
Totally worth the upgrade from the lite version.
I've been VERY impressed with their customer service both times.
2Do's customer service has been second to none for years now.
" In my opinion this is terrible customer service.
Works beautifully between the OSX version and my iPhone.
The OSx version is even more beautiful and amazing.
This is the easiest to use and best task manager out there. found in 189 reviews
Great app but desperately needs a calendar view. found in 74 reviews
My ONLY problem with it is iCloud syncing NEEDS work. found in 5 reviews
It would be nice if it could sync with my iPad calendar. found in 8 reviews
Please stop asking for a review every time I open the app. found in 7 reviews
I'm deeply annoyed by the persistent popup asking me to review it. found in 77 reviews
Only request is better sync with outlook or iCal. found in 15 reviews
Very good but could be great. found in 4 reviews
Just wish it would sync with my iPhone calendar /google calendar. found in 44 reviews
But I hate so much that this doesn't have background sync. found in 22 reviews
There is no landscape calendar displaying future tasks. found in 8 reviews
Please add options for theming and font size and type. found in 11 reviews
all PC users are having the same issues. found in 8 reviews
There have been some issues with syncing. found in 7 reviews
when you rearrange items sync doesn't sync in the new arrangement. found in 9 reviews
Would give it 5 stars if it could sync to google tasks. found in 16 reviews
Great app but needs auto sync with Reminders. found in 38 reviews
NEEDS Google calendar sync. found in 6 reviews
the app badge alerts don't work. found in 6 reviews
Please look forward to implement a google calendar sync service. found in 15 reviews
for no longer supporting the Outlook sync. found in 45 reviews
It is constantly asking me to review it. found in 77 reviews
Needs to stop bugging me to review. found in 20 reviews
Doesn't Sync with Mac OS X. found in 19 reviews
There is no way to contact tech support through 2Do's website. found in 25 reviews
But what happened to desktop sync. found in 14 reviews
RIPOFF - Does NOT Sync iCal Events. found in 9 reviews
Can't get it to sync with Dropbox or iCloud. found in 10 reviews
the Focus Filter doesn't apply to the Today tab. found in 8 reviews
no apparent way to manually enter either of those categories. found in 37 reviews
Shame they are disabling text and email alerts. found in 11 reviews
What happened to the ability to manually sync. found in 8 reviews
but it is impossible to figure out how to sync with iCal. found in 8 reviews
I would give 5 star if it support sync with iCloud calendar. found in 24 reviews
Update removed functionality to sync with outlook and its never coming back. found in 86 reviews
If you are iPhone and iPad owner,you now can download 2Do: Tasks Done in Style for $9.99 from Apple Store. The application is supporting different languages: English, Arabic, Chinese, Dutch, French, German, Italian, Korean, Russian, Spanish, Swedish. It weighs in at only 10MB to download. The new 2Do: Tasks Done in Style app version 2.7.2 has been updated on 2014-11-17. For ensuring consistency with the device you should take into account the following app compatibility information: Compatible with iPhone, iPod touch, and iPad. Requires iOS 3.0 or later
More Info: Find more info about 2Do: Tasks Done in Style in Guided Ways Technologies Ltd`s Official Website : http://www.2DoApp.com

NOTE: If you are syncing iCal with the NEW MobileMe, 2Do will NOT sync with your Mac The NEW MobileMe Calendar is NOT currently compatible. We are working on an update to support MobileMe with ... 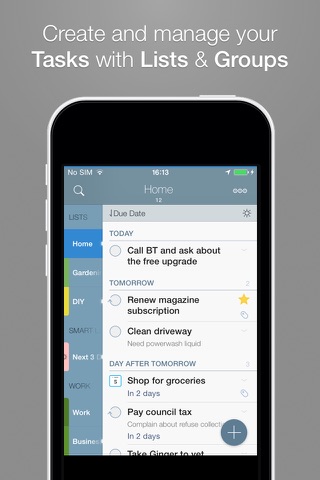 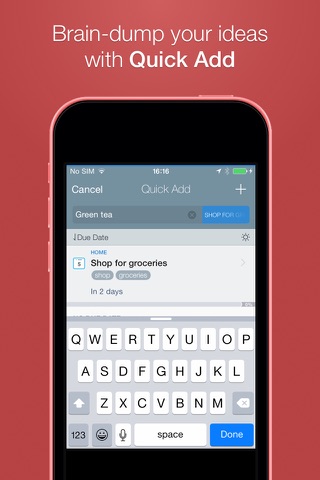 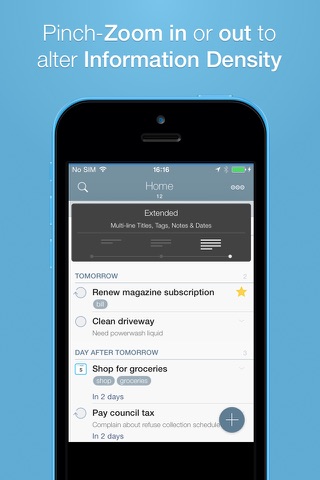 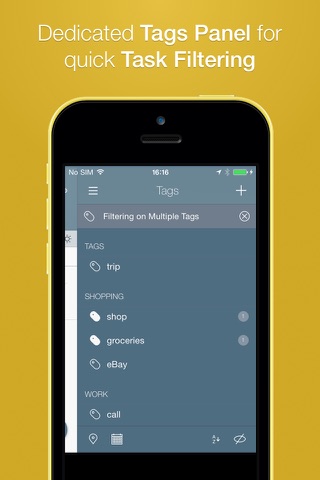 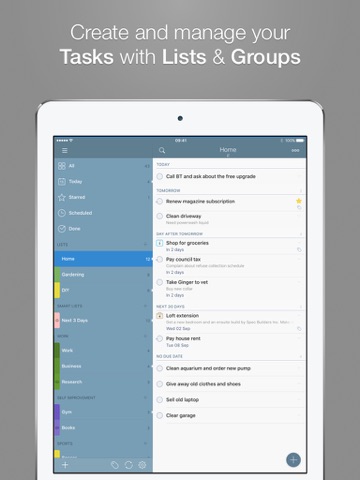 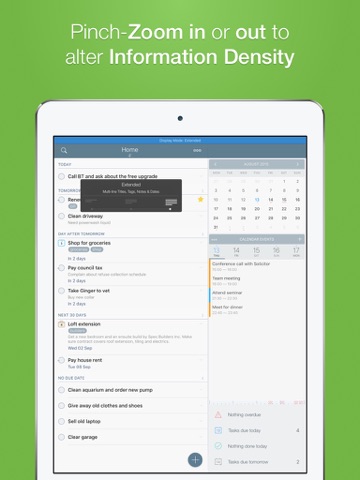 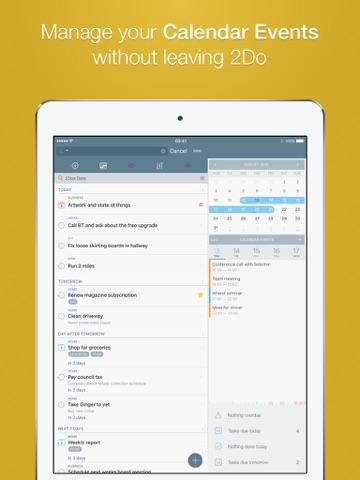 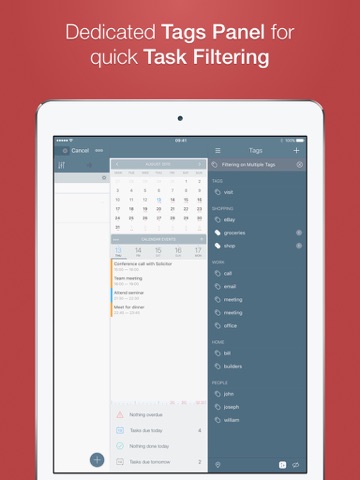 More in Productivity -2Do: Tasks Done in Style